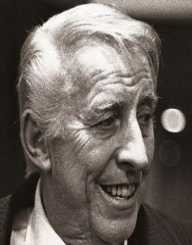 Stanley Newcomb Kenton rose to fame as a musical artist who became prominent in the genre of jazz. Kenton is an American musician who was also a skilled pianist and composer who reached his peak during the 1940s to the 1960s and labeled his music as “progressive jazz.”

In the course of his life, he played for multiple bands, but Kenton was popularly recognized for establishing in 1959 the Stan Kenton Jazz Camp in Indiana University as well as the “Kenton Style.”

Stanley Kenton married thrice in his life. The first in 1935 to Violet Rhoda Peters of which a daughter named Leslie was born. The couple divorced after 15 years and Kenton married Ann Richards who was 23 years younger than him. He filed for divorce against Richards in 1961 and then in 1967 married Joann J. Hill that led to divorce after two years.

Stanley Kenton died on August 25, 1979, in Los Angeles, California at the age of 67. Before his death, he was admitted to Midway Hospital a week before due to the stroke. The last decade of his life was spent on alcohol consumption which significantly affected his health.


A Star Is Born

Born on December 15, 1911, in Wichita, Kansas, Stanley Newcomb Kenton was the eldest of children. His parents were Floyd and Stella Kenton, and he has two younger sisters named Beulah and Erma Mae. Kenton and his family relocated multiple times starting from their home in Kansas to Colorado then finally settled at California in 1924.

Unlike most geniuses, Kenton’s skills as a pianist were dormant for some years until he started to play at the age of 15. Under the tutelage of a local pianist Ralph Yaw, Kenton’s talents grew tremendously with his instructor exposing him to the likes of Earl Hines and Louis Armstrong.

The following year, Stanley Kenton started to play as a solo pianist in a local hamburger eatery while still attending high school. He graduated from high school in 1930.

Early Career as a Pianist

Stanley Kenton played a couple of gigs beginning in the 1930s and became the pianist for Gus Anaheim’s band in 1936. The band produced 14 sides for its 1937 Brunswick label, making this Kenton’s first recordings. He left the group soon after to further his skills as a pianist and collaborated with a few others now and then.

During 1941, Kenton founded his first orchestra where the group played in Balboa Beach, California at the Rendezvous Ballroom. Kenton functioned more as an arranger rather than a pianist for this group the group was merely known as the Stan Kenton Orchestra however they were not duly recognized until they signed a contract with Capitol Records in 1943.

The band produced hit songs such as “Don’t Let The Sun Catch You Cryin’” and “And Her Tears Flowed Like Wine” with Joe Greene as the songwriter. The group released its first album entitled “Artistry in Rhythm” in 1946.

From there, Kenton’s music gradually evolved and so did the rising popularity of the band. He played on a couple of tours from there until the late 1970s.

Leslie Kenton, his daughter from his first marriage with Peters, has openly exposed her father on her book, Love Affair. Leslie claimed that Kenton used to molest her in his drunken stupor when she was between the ages of 11 to 13. Kenton profusely apologized for the behavior, and the two remained familiar to each other.

Aside from his controversy with his daughter, there is also a surrounding issue with his birth date. Although his birth certificate stated that the date of his birth was on February 12, 1912, his original birthday was on December 15, 1911. His parents concealed the original date of his birth since he was born out of wedlock and it was not until his adulthood did he learn of his exact birth date.

The origin of his birth date was a closely held secret of which his grave marker has the incorrect birth date instilled on it.