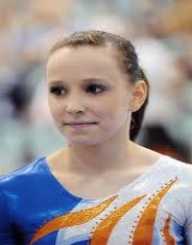 Hannah Whelan is a former British gymnast whose performance at the 2008 and 2012 brought her fame. Whelan had an interest in gymnastics at a  young age and was able to persuade her mother to be enrolled in a gymnastics class. Her diligence, hard work and persistent training under the likes of coach Hellen Hall and Sarah Atwell propelled her into an international gymnast.

Hannah Whelan competed alongside great gymnasts like Rebecca Tunney, Ruby Harold, and Claudia Fragapane Even though she could not win an Olympic medal; she is said to be one of the greatest British gymnasts. Whelan has won three European Championships, bronze at the 2014 Commonwealth Games and four British senior national titles.

Hannah Whelan was born on July 1, 1992, in Singapore to Mike and Karen Whelan. When she was two years, the family moved to Stockport in England. That was when she gained interest in gymnastics. At age six she started to cartwheel, and with that, she was able to convince her mother to enrol her in a gymnastics school. Whelan was then spotted as a future gymnastic star, hence started training under Helen Hall at the South Manchester Gymnastic Club in 1998.

Just a year into her training, she moved with her mother to the United States of America where Hannah Whelan started to train at the Flip Gymnastics Academy in Texas. The family returned to Stockport in 2001 when she was nine years and again trained under coach Hall at the Vernon Part Gymnastic Club. With determination to suicide in her chosen field, Whelan moved to gym training in 2005 under Sarah well at the City of Liverpool Gymnastics Club along with Beth Tweddle.

According to her, Beth had a positive impact in her gym training and that urged her on in her pursuit. She later moved to train under Amanda Reddin in 2005. Whelan was academic days and also her final year. Nonetheless, she did well in her GCSE exams and is currently at the Liverpool John Moores University majoring in sports development.

Hannah Whelan started her professional and an international debut in March 2008 when she participated in World Cup in Doha, Qatar. In that event, she placed eighth on the balance beam with a score of 13.000 and the same position on floor exercise with a score of 13.050.  In June same year, she partook in the British Championship in Guildford and placed third in the all-around competition with a total score of 56.100. Hannah Whelan took her stunning performance to the 2008 Summer Olympic as part of the Britain gymnastics team. Her contribution to the team with a score of 14.325 on balance beam and 14.125 on floor exercise placed team Britain in the ninth position.

Hannah Whelan started her 2009 session with the March 2009 European Championship in Milan. She was able to place nineteen in the all-around final scoring 54.325. The season continued with her participation at the British Team competition in Guildford where she helped her club City of Liverpool to place first with her score of 56.400. After that impressive performance, she entered the British Championships in Guildford in July 2009. There, Hannah Whelan placed second on balance beam with a score of 14.300, fifth in the all-around scoring 52.150 and fourth on floor exercise with a score of 13.350. Two months after the event, Hannah Whelan had a wrist surgery.

In 2010, Hannah Whelan competed in the June World Cup in Porto, Portugal where she placed third on floor scoring 13.400. One month later, she became a national champion during the British Championships in Guildford with a score of 57.800. In October same year, she partook in the 2010 World Championship in Rotterdam as part of the team Britain. She had a personal score of 13.900 on uneven bars, 14.133 on balance beam, and 14.066 on floor exercise which aided the team to place sixteen in the all-around scoring 55.499.

In March 2011, Hannah Whelan competed in the American Cup in Jacksonville, Florida placing eight with a score of 52.532. She continued with the season at the April 2011 European Championship in Berlin where she placed thirteenth in the all-around final. She also placed eighth in the balance beam final, scoring 11.950 after falling twice.

Hannah Whelan went on to compete in the World Cup in Glasgow that same month making a score of 52.132 and later joined her club City of Liverpool to compete in the British Team Championship in Guildford where she helped the team to attain the first position with an all-around score of 56.850. 2011 was a busy year for Whelan with much success as she competed in the July British Championship in Liverpool when she won her second national title with an all-around score of 56.350. Hannah Whelan placed second on the uneven bars with 13.900, second on balance beam with 14.500 and fourth on floor exercise with 14,150 during the finals of the event. She qualified Team Britain to the 2012 Summer Olympics during the team final at the 2011 World Championship in Tokyo with a score of 55.665 to place Britain at the fifth position.

Before going to the 2012 Summer Olympics, Hannah Whelan started the year with the March World Cup event in Doha where she placed sixth with a score of 13.425 on the balance beam. She then continued to the May 2012 European Championship in Brussels with Team Britain.

Hannah Whelan made a personal score of 55.498 to place the team at the fourth position. She was also able to make a score of 14.333 on balance beam, and 14.533 on the floor to place third in the final event. Her next event for the year was at the June British Championship in Liverpool where Hannah Whelan scored 55.800 to place third in the all-around. Her performance gained her selection into the United Kingdom team to compete in the London Olympics alongside gymnasts like Imogen Cairns, Beth Tweddle, Rebecca Tunney and Jennifer Pinches.

During the Olympics, Hannah Whelan was able to qualify for the all-around final with a score of 55.699 to place seventeen. Her contribution to Team Britain with scores of 14.000 on uneven bars, 13.866 on balance beam, and 14.200 placed the team in the sixth place. However, Hannah Whelan placed last in the all-around final after she landed her vault on her knees to receive a score of zero.

Hannah Whelan last event was at the 2014 Commonwealth Games in Glasgow in July as part of the England team. She contributed to the team in winning gold with a score of 53.366 in the all-around. She finally won bronze with a score of 54.699.