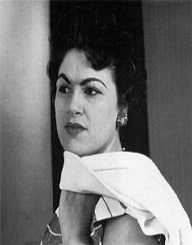 Patsy Cline was born on September 8, 1932, in Winchester, Virginia. She was the first child of seamstress Hilda Virginia and blacksmith Samuel Lawrence. She also had three younger siblings. During her childhood, the family moved often, but finally settled in Winchester, Virginia when she was eight years old. Her father abandoned the family in 1947.

Patsy became interested in music at a young age and went to sing at the church with her mother. After her father abandoned the family, Cline left high school and began working as a waitress to help support the family. She asked the local radio station WINC DJ to allow her to sing on the show. Her performance was well received, and Cline was asked back to perform. This led to her appearing in several local clubs. She began to earn popularity.

After gaining local popularity, Patsy Cline got a manager, Bill Peer and in 1955 signed a contract with Four Star Records. Until 1957, she continued to perform in various venues and recorded mostly honky tonk material. Her producer Owen Bradley thought that Clines voices are more suited for pop music, but Cline wanted to continue with country songs. For Four Star, Cline recorded a total of 51 songs.

Cline made her television debut in 1955 on the ABC-TV show Grand Ole Opry. She then began working on her first album Patsy Cline. In 1956, Cline auditioned for the Arthur Godfrey’s Talent Scouts in New York and earned an opportunity to appear on the CBS television show. She performed the song “Walkin’ After Midnight,” and earned praise from the audiences. The song reached No.2 on the country charts. The following year, Cline recorded “A Stranger in My Arms” and “Don’t Ever Leave Me Again.”

In 1959, Patsy Cline met Randy Hughes who became her manager and helped her to change brands from Four Star to Decca Records-Nashville. Her first single with Decca was the country pop song “I Fall to Pieces.” The song was a major success. In 1960, Cline got a chance to join the cast of the Grand Ole Opry and became one of its biggest stars. She often bought groceries, helped with paying rent and other expenses to her friends, to help them towards pursuing their dreams in Nashville.

In 1961, Cline recorded what eventually became her signature song, “Crazy.” The song became Cline’s biggest hit. Her album Patsy Cline Showcase was released in November 1961. The same year she began working on her next album. She released the single “She’s Got You” by Hank Cochran in 1962. The song was a success and peaked at No. 3 on the adult contemporary charts. This song was the last to enter pop charts during her lifetime. After the success of her single, she released several country hits. Besides recording, she also continued to tour and perform in various venues around the country.

In 1963, Cline began working on her new album Faded Love. Her sessions gained a new and contemporary sound. She often got involved with the stories of the songs which made her emotional.

In 1963, Cline was performing at the Soldiers and Sailors Memorial Hall in Kansas City. At the time she was ill with the flu, but still gave performances. She spent a night at a hotel since she was not able to fly out due to weather conditions. She checked out from the hotel on March 5 and boarded the Piper PA-24 plane. The plane crashed due to heavy weather condition on the evening of March 5, 1963.

The following morning the news about the crash were released. Her body was brought to Winchester, Virginia for a memorial service, which was attended by thousands of fans.

Cline’s first marriage was to Gerald Edward Cline in 1953. However, they divorced in 1957. It was reported that their marriage failed since Cline wanted to pursue her career, but her husband wanted her to become a housewife. In 1957, Cline married Charles Allen Dick. She told the press that her husband Charlie was the love of her life. The couple had two children, Julia and Allen.

In 1961, Cline and her brother were involved in a car crash in Nashville Cline was thrown through the windshield and was nearly killed. Cline spent a month in the hospital recovering from her injuries. She suffered a broken wrist, dislocated hip injury and rib fractures.