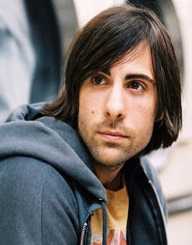 Jason Schwartzman was known to have been faced with a herculean task of getting accomplished and moving out of his family’s shadow. He is known to have been influenced by his family’s history while forming his band at the age of 18. His debut was in the movie Rushmore where he essayed a very complex role with so much zeal and ease. He later ventured into his music career. He then has a handful of acting appearances later.

He is known to have garnered a lot of attention with his acting skills. Later on, he started receiving jailbreaking offers which made him quit his band to give acting a priority. Later in some years, Jason Schwartzman got cast in several roles acting as a supporting as well as an ensemble cast. He released two solo albums which have songs which got featured in several TV shows. His versatility was also shown in his performance in the notable Bored to Death TV show.

On 26 June 1980, he was born to an actress, Talia Shire and a producer, Jack Schwartzman in Los Angeles, California. His family seems to be engaged in the showbiz as his grandfather was a musician while his uncle is a director. Two of his cousins, Nicholas Cage and Sofia Coppola, are both actor and director respectively. At the age of fourteen, he has founded the Phantom Planet which is an alternative band. He served both as a drummer as well as a songwriter for the band. He went to Windward School and released his first album with his band in 1998. They released Phantom Planet is Missing.

Jason Schwartzman landed himself a role in the famous comedy, Rushmore after being successful with the audition for the role of Max Fisher in 1998. Surprisingly, he was chosen out of thousands of candidates. He had his performance in the film applauded by Critics. He later went on to play a supporting role in one of his cousin, Roman Coppola’s film, CQ. He got featured in Freaks and Geeks, a 2000 TV series. By 2002, Jason Schwartzman acted in some series before returning to films and played a the lead role in Slackers and Spun respectively. This movie earned him a contract to feature in sitcom series, Cracking Up, and I Heart Huckabees. Having performed alongside with other band members, he left Phantom Planet in 2004 for him to concentrate on his acting career. Before he made this decision, he had written songs for Smallville, Orange Country and Cracking Up. He kept on reaching the star in different comedy films and get seeing commercial success in his movies.

Jason Schwartzmanproduced some set of movies which fared well at the box office as well as among critics. He later did Darjeeling Limited, comedy, in 2007 which he co-wrote. This movie tasted a lot of criticism as well as being commercially successful. It was around this period that he formed his record company, COConut records. He released Nighttiming with the record company. Some of his songs were later used in Spider-Man 3 and Cloverfield. He also did a voice-over for Wes Anderson’s animation film Fantastic Mr. Fox. He also played a detective role in Bored to Death before he released his solo album, Davy in 2009. By 2012, he has become a star, and he was part of the ensemble cast for the award-winning, Moonrise Kingdom. He also played a supporting role in the 2013 Saving Mr. Banks which grossed over 100 million dollars at the box office.

Jason Schwartzman is known to have made a very wonderful impression with his first work, Rushmore. He is known to have interpreted the role of Max Fischer perfectly and without error. He is also known to have been able to add funny lines with a poker-face and earn people’s accolades. Before this, he had become the co-founder as well as a songwriter and a drummer for Phantom Planet, an alternative rock band.

Jason Schwartzman won the Young Star Award in 1999 in the category of Best Performance by a Young Actor. He later made it to the top 10 most stylish men in America. Later on, he became part of the cast for the Moonrise Kingdom.

Jason Schwartzman married to Brady Cunningham, a designer in 2009. He had a daughter with her. He is an environmentalist and narrated an environmental video for the Animal welfare organization, Farm Sanctuary. He is a vegetarian.