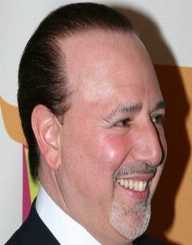 American music executive Tommy Mottola was born on the 14 July 1949 in The Bronx, New York.

Tommy Mottola attended Iona Grammar School (1962) and Iona Prep (1966). He enrolled at Hofstra University but left with obtaining a degree.

Initially, Tommy Mottola played in a band The Exotics, playing guitar and singing. He joined CBS Records in 1988, and in 1990 he was appointed Chairman CEO of Sony Music.

Under his leadership, the company signed artists such as Mariah Carey, Gloria Estefan, Sharika and the Dixie Chicks plus many other successful acts. Sony Music became one of the first music companies to have digital downloads. Another successful venture was the remastering of older recordings by various artists including Bruce Springsteen, Andy Williams, and Barbra Streisand. Mottola remained with Sony Music until 2003. After Sony, he continued in the entertainment business and bought the rights to Casablanca Records. He is also involved in producing shows for network and cable television.