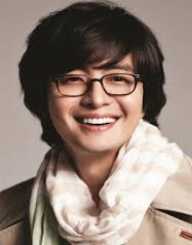 Yong Joon Bae is a South Korean actor, producer, and entrepreneur who rose to fame when he landed the lead role in the Korean drama, Winter Sonata.

Yong Joon Bae married Park Soo-Jin on July 27, 2015, in a ceremony held at the Sheraton Grande Walkerhill Hotel in Seoul, South Korea. Park was also a film actress and the couple announced their engagement in May of the same year.

Their wedding was intimate wherein only close friends and relatives were invited and the media was not allowed to attend. On October 23, 2016, the couple welcomed their first-born son into the world. 2 years later, a second child was born on April 10, 2018.

Born on August 29, 1972, in Seoul’s Mapo District. He made his acting debut at the age of 22 in the Korean Romance Comedy TV series Salut D’ Amour, where he played the role of Young-min Kim, the lead character.

This role led him to another project called Our Sunny Days of Youth which won him the Best Actor in the 1995 KBS Drama Awards. Due to his acting prowess, Bae continued to land lead roles in television series throughout the 1990s such as in Papa, First Love, The Barefooted Youth, and Did We Really Love? The 1996 production of First Love peaked at 65.8% at the viewer rating which garnered him more attention.

However, Bae’s commercial breakthrough came in the persona of Kang Joon-sang, the male lead of the second installment of the Korean hit series, Winter Sonata in 2002. Winter Sonata changed the face of Korean dramas across the globe and its success spanned the countries of Asia, most especially in Japan. He gained a huge following, especially female Japanese fans who dubbed him as “Yon-Sama” or “Emperor Yon”. The Winter Sonata series hauled in $2.3 billion in merchandise sales and tourism alone.

Yong Joon Bae was cast in his first major film role in the 2006 historical drama, Untold Scandal where he played a sexually predatory man, in contrast to his usual heartthrob roles. His performance for the film earned him the Best New Actor from the Baeksang Art Awards, and he also received it from the Blue Dragon Film Awards.

In 2007, he returned to television when he was cast in the period-fantasy drama entitled The Legend. In The Legend, he played the dual roles of Gwanggaeto and Hwanung. For the production, he was paid a daily wage of ?250 million which was roughly equivalent to $217,000 which made him the highest-paid Korean tv actor of all time.

He made his last tv acting gig in the 2011 hit series Dream High wherein he made a guest appearance in a four-episode guesting arc. Dream High was the product of the joint effort of Bae, KeyEast Agency, and JYP Entertainment which was established in 2009.

Aside from acting, Yong Joon Bae also invested in the business industry wherein he took a particular interest in restaurants and café which eventually led to the establishment of his own called Gorilla in the Kitchen and Gosier. He also became a shareholder in KeyEast Agency of which made him one of the wealthiest celebrities in Korea for owning 34.6% of the share.