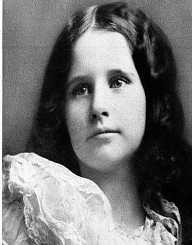 Virginia O'Hanlon? was an American educationist who rose to fame in her childhood. She wrote to the editor of a local American daily questioning the reality of Santa Claus.

Laura Virginia O’Hanlon was born in New York on July 20, 1889. She was the daughter of a Manhattan resident coroner, Dr. Phillip O’Hanlon. She grew up in New York and studied in the local schools. She enrolled at the Hunter College for a degree program. In 1910 she graduated with a Bachelor of Arts degree. Two years later in 1912, O’Hanlon received her Master degree from Columbia University. She majored in education. She earned her doctorate degree in 1930 from Fordham University.

She got married early in her life. In 1910 she married Edward Douglas in New York. The union did not last for long. By the 1930 national American census, O’Hanlon registered her marital status as a divorcee.

O’Hanlon debated with her friends about the issue of Christmas. In the debate, she realized that not all people celebrated the festivities in harmony. She confronted many, questioning the existence of Santa Claus. O’Hanlon did not get satisfactory answers from her journalism peers in school.

In 1897, she asked her father about Santa Claus. Her father asked her to write to the editor of The New York Sun. O’Hanlon was barely 8 years of age. With the assurance from her father, she wrote to the local daily. In the letter, she started by describing herself. She then went to the raging debate she had with her friends. At last, she posed the question on the reality of Santa Claus.

The New York Sun editorial team led by Francis Church was startled by the intellectual abilities of O’Hanlon. In his response, Church explained his answer in philosophical terms. He started by admitting that Santa Claus existed. To prove his point, he explained how some things in life exist but we do not often see them. With the assurance of the editor, young O’Hanlon rested her case.

On September 21, 1897, the New York Sun published the letter and corresponding answer. O’Hanlon became an overnight celebrity. Due to its internal policies, the New York Sun disclosed the name of the responding editor as Francis Church in 1906 after his death. O’Hanlon helped cement the festive tradition in the hearts of the American people. The tradition of exchange of gifts by Santa Claus became entrenched in the popular American culture.

O’Hanlon lived with her fame all throughout her life. The local daily published her letter every Christmas season until 1949. Other journals also kept the Christmas publishing tradition for years. She became a church and children celebrity in New York. She became a regular guest at church ceremonies reading her letter to the children. A particular example is the 1966 event at the North Chatham United Methodist Church. O’Hanlon read the letter and the editorial answer to the receptive crowd of the church congregants.

She spent her late years battling constant poor health. O’Hanlon became confined to a nursing home for a better part of her later life. On May 13, 1971, Virginia O’Hanlon died in New York aged 81 years. Her body was buried at the Chatham Rural Cemetery in the state of New York.

As a career teacher, O’Hanlon became embroiled in the lives of little children. She was honored by many in the education sector. Her childhood home in New York was converted into a school. It became The Studio School. In 2009, The Studio School founded an education scholarship called Virginia O’Hanlon. Several plays and poetic expressions of her life are performed at the school every year.

In keeping with a long-established tradition, the Columbia University church reads her letter every Christmas to the congregants. The gesture is repeated across several churches in New York.

Films and television series have adopted her life story. In 1945, the film Santa Claus story was released. Its animated variant was released in 1975. O’Hanlon became an inspiration for the film Prancer produced in 1989. In 1991, a television movie on her life was released.

New York residents adopted the idiom “Yes Virginia, there is a Santa” as an expression to emphasize the existence of something unseen. During Christmas festivities, most New York stores display the idiom on their glass windows as a tribute to O’Hanlon.

She was a little girl that became a cult-like figure in New York. Despite her fame, she still insisted that the editor Francis Church was under-credited. According to her, Francis cemented the confidence of the little children in the tradition of Santa Claus.