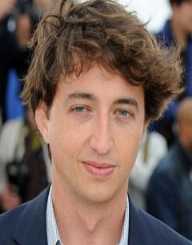 If we were asked what makes a film great, most of us would be tempted to say: money, an experienced director, and world-class cast. Benh Zeitlin’s masterpiece Beasts of the Southern Wild managed to prove us wrong. He proved that a young director (30 years of age) can touch the audience with a sincere and powerful film. He also debunked the myth that only money means a great film, or rather – the lack of it means low quality. And, finally, he picked his cast from non-professionals, who had not even dreamt of starring in films. Yet their performance was perhaps the most memorable feature of Zeitlin's creation.

Benh Zeitlin was born in Queens, New York, on October 14, 1982, to Steve Zeitlin and Amanda Dargan. His parents are the founders of City Lore, a non-profit center for urban culture. Their love for folklore transferred to their son, and he grew interested in various folk traditions and customs. Benh was exposed to their activities from an early age and saw different shows and events that his parents took part in. This definitely sharpened his sense of art and moviemaking. It is often said that his filmmaker career started when he was just a six-year-old boy; he made a Batman movie with a friend.

The aspiring young director graduated Hastings-on-Hudson High School. Later he entered Wesleyan University in Middletown, Connecticut, with a major in film. During his student years, he never stopped making films, which gave him the much-needed practice for his future career. His first major career step, however, was the co-founding of the association of independent filmmakers, Court 13, in 2004. His friend and Benh thought of this name in honor of a squash court they had used as a filmmaking studio. His other first step came in 2008, when he, already living and working in New Orleans, made the short film Glory at Sea. The city was just hit by the devastating Hurricane Katrina, which inspired Zeitlin in the process. The Hurricane was not the only disaster which accompanied the film.

Benh was also faced with a personal disaster: he had a car accident on his way to Texas. He suffered a shattered hip and a broken pelvis. It was thanks to friends and sympathetic filmmakers who raised money for him and allowed him to recover. He soon got back to shooting full-time. Initially downed by the accident and the financial trouble it had caused him, he eventually found strength and inspiration. The time he was forced to spend in hospital fueled his imagination.

Beasts Of The Southern Wild

Benh’s first real recognized success was the 2012 Beasts of the Southern Wild. He managed to make the movie on a decent budget with the help of funding organizations. The co-writer of the project was Lucy Alibar, whom Zeitlin met when both were teenagers. They had started planning the project during Benh’s time in the hospital in 2008. The film itself is an adaptation of one of Lucy’s plays. Fascinating about the film production process was Benh's unusual approach to the making.

He used a 16-millimeter film and only a small professional crew. There were unprofessional and even untrained actors in the film, locals residents who had their first experience in starring. The most notable member of the cast, considered Zeitlin's discovery, was young Quvenzhane Wallis, the lead role. She demonstrated great acting skills and is recognized as a rising star in the film industry. The movie is widely considered an enormous success, despite the rather limited funding it received. In fact, the limited funds gave it even greater impact, further emphasizing Benh Zeitlin's great skill as a director.

Aftermath Of The Succes

After the marvelous success of his film and the initial commotion around it, Zeitlin was lost for the cameras. He started shooting his next project, called Wendy, in 2015. He is yet to release it, though, with very little noise being made around it, apart from a few social media photos. The photos were accidentally found on the Instagram profile of Erika Sanz, who is a known indie film actress. Zeitlin claims to have been inspired for the film by a story in the New York Times. It was certainly good news for the fans of Zeitlin's cinematography, who are eagerly waiting for their favorite director again. The wait is sure to prove fruitful, as it seems that the young director is preparing yet another hidden gem for the lovers of cinema.

The young director has been awarded numerous awards, and many of them are associated with his Beasts of the Southern Wild. The awards, which did not seem to stop multiplying, began lining up quickly after the film launched. Almost immediately after its release in 2012, the film won the won the Camera d'Or award at the Cannes Film Festival. Soon after, it won two other Grand Jury Prizes at the Sundance Film Festival and the Deauville American Film Festival. Benh Zeitlin basked in the Golden Space Needle Award for Best Director from the Seattle International Film Festival. The following year, Beasts of the Southern Wild was nominated for four Academy Awards (Best Picture, Best Director, Best Adapted Screenplay and Best Actress).

Benh’s story is a remarkable one for a number of reasons. First, at such a young age, he managed to prove his skills to the most critical of audiences. Of course, he began by taking small steps and developed his skills through personal practice. Perhaps he owes this to his environment, or his parents, who inspired him from a young age. Or maybe it was pure determination and desire to succeed in a very competitive field that kept him climbing further.

His first short films were a sign for everyone: Benh Zeitlin is going to last. The enormous success his Beasts of the Southern Wild had paved his way upward. As testimony of his talent, which would soon skyrocket him to fame, Benh won the "Breakthrough Director" award at the Gotham Independent Film Awards the same year he released the film. Young and inspired to continue breaking the rules of cinema (successfully), Benh is also an inspiration for anyone to know his story.