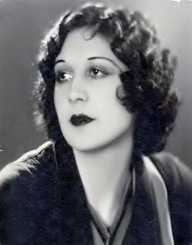 Lillita Louise MacMurray was born in Hollywood on April 15, 1908. She shared mixed European parentage origins. Her father came from Scottish immigrants while her maternal side was of Spanish origin. The Spanish side of her family came from Andalusia in southern Spain. They settled in California when it was still part of Spanish America. She grew up in the pomp and color of Hollywood. Lita met Chaplin at the age of six, at a local restaurant in Hollywood. Six years later, she met him again through a mutual friend.

At the time Chaplin was casting in the film The Kid that was released in 1921. She expressed interest in acting in the film and Chaplin organized for her inclusion. Lita got a minor role as an angel who dangled from suspended wires as if gliding on air. The scene set of a heavenly environment received positive applause. Lita started her accidental acting career on a high note.

They began a flirting relationship off the cast. By this time Lita was 15 years and almost 20 years younger than Chaplin. In 1925, Lita got another chance to cast in her second movie. She had an affair with Chaplin during the cast and became pregnant. When the pregnancy became visible, Chaplin replaced her with another actress Georgia Hale. Chaplin offered her money to procure an abortion and avoid a scandal. Lita refused and her family threatened to either kill him or ruin his career. Chaplin faced a prison term for having carnal knowledge of a minor if discovered. He obliged for marriage to save his face and career. He secretly married her in a discreet wedding ceremony in Sonora, Mexico. She gave birth to two sons, Charlie Chaplin Jr and Sydney. Chaplin Jr died of alcoholism in 1968. Sydney went on to have an acting career like his parents.

The forced marriage failed from the start. Lita stayed alone in the house as Chaplin spent days working on the films The Gold Rush and The Circus. After the films were produced, Chaplin continued staying away from his matrimonial home for days without informing his wife of his whereabouts. In 1926, Lita filed for a divorce. In her list of complaints, she majored on sexual philandering. She threatened to name the five women who had an affair with Chaplin in public. Five illustrious careers and their film production houses were under threat of censorship for promoting unethical behavior. Under pressure, Chaplin agreed to settle the matter amicably.

After a grueling nine months of court battling, Lita finally got a divorce on August 22, 1927. She received a sum of USD 6000,000 as her settlement claim. In addition to that, she got USD 100,000 albeit in trust for each of her two sons. It became the biggest settlement figure in the US then. The proceedings dented the image of actor Charlie Chaplin. In response, the film industry shunned Lita from getting any acting role in Hollywood. Lita turned to television acting. She did appear in seven television productions between 1933 and 1983.

Lita invested her new found wealth in a nightclub and recreational facility. She spent much of her fortune on refurbishing the building, buying costumes for the entertainers, and paying musicians. In a rash decision, she purchased a house in the leafy suburb of Beverly Hills. With the club investment not returning any profitable income, Lita gradually fell into a financial crunch.

After the acrimonious divorce, Lita married again thrice. In November 1936, she married Henry Aguirre. The couple divorced two years later in early 1938. On July 8, 1938, she got married again to Arthur Day. She lived in New York with her new husband until their divorce a decade later. With Day, Lita got a single child. On September 22, 1956, she became Mrs. Patsy Pizzolongo. Coincidentally, she divorced her fourth husband after a decade just like in her third marriage.

In her late years, she concentrated on documenting her life with Chaplin. She published her first book in 1966 titled My Life with Chaplin. Lita noted the inaccuracies in the story and decided to write another book. She authorized the compilation of another memoir titled Wife of the Life of the Party. Acknowledging the factual content in the book, she left the foreword section to his son Sydney. Unfortunately, she died before the publication of her memoirs. The book was published in 1998, three years after her death.

She was diagnosed with cancer and braved the disease for several years. Lita Grey Chaplin died on December 29, 1995, in Los Angeles at the age of 87. Her body was laid to rest at the Valhalla Memorial Park Cemetery in her Hollywood birthplace in California. She left behind a son Sydney Chaplin, two grandchildren and her four great-grandchildren.

Even after her painful divorce with Charlie Chaplin, She kept on using the surname Chaplin for the rest of her life. She lived through four marriages which all ended in divorce. On the other hand, Chaplin had his share of failed marriages. It is foolhardy to compare the two in how they entertained people on the screen yet suffered in their private lives. As fate would have it, they lived the same life with different people.