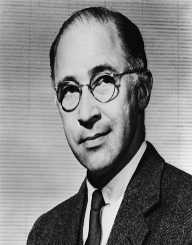 Born November 18, 1906, George Wald was an American scientist and Nobel laureate. George Wald was known for his research into pigments in the retina that led to the discovery of vitamin A in the retina. This led to him being awarded the Nobel Prize in Physiology or Medicine alongside Halden Keffer Hartline and Ragnar Granit in 1967. George Wald also served in several other capacities and became a social and political commentator with international repute.

After his education, George Wald researched into vitamin A and discovered that the retina had a component of vitamin A. With further research, George Wald found out that, when the in the retina, rhodopsin was exposed to light, it produced a protein opsin and a compound that contained vitamin A. George Wald then concluded that vitamin A was an essential factor for the retina to perform well. George Wald further researched into the retina with his colleagues in the 1950 but this time with a chemical approach. The team extracted pigments from the retina and with the use of spectrophotometer measured the light absorbance of the pigments. The experiment revealed the wavelength that the eye could detect. His discoveries in vision won him Noble Prize for Physiology or Medicine.

George Wald received a travel grant from the US National Research Council after his graduation from the university. With the pass, George Wald traveled with Otto Heinrich Warburg to Germany, and that was when his research led to the discovery of vitamin A in the retina. To expand his research, he traveled to Zurich, Switzerland to work with the Paul Karrer who discovered Vitamin A. George Wald then returned to Germany to briefly work with Otto Fritz Meyerhof in Heidelberg. His stay there was however shortened due to the rise of Adolf Hitler and the life of Jews became endangered in Europe. After returning to the United States, George Wald worked with the University of Chicago in 1933 and later at the Harvard University in 1934 as an instructor and later became a professor.

In 1950, George Wald became a member of the National Academy of Science. With his status as a Nobel laureate and prominent scientist in his own regards, George Wald became a social and political commentator and gained national and international attention. While speaking at MIT in 1969, the criticised the US government for being preoccupied with death, with the business of killing and being killed. During the Iran hostage crisis in1980, George Wald was among the Ramsey Clark’s delegation to that country.

George Wald was married twice, first to Frances Kinsley in 1931 and had two sons Michael and David. After their divorce, he married biochemist Ruth Hubbard in 1958 with whom he also had two children, Elijah Wald who became an award-winning musicologist and musician and Deborah who worked as a family law attorney. He died on 12, 1997 in Cambridge, Massachusetts.

George Wald won a Nobel Prize in Physiology of Medicine in 1967 for his discoveries in vision. He won the Frederic Ives Medal by Osa in 1966 and the Paul Karrer Gold Medal of the University of Zurich. He was also invited among other Nobel laureates to Moscow in 1986 to advice Mikhail Gorbachev on environmental issues.