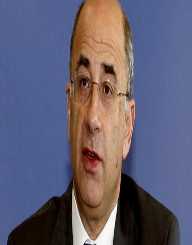 Brian Leveson was born on June 22, 1949, in Liverpool, Merseyside, England.

As a youth, Brian Leveson studied at Liverpool College.

He later went on to study at Merton College, Oxford. While there, he was the president of the Oxford Law Society.  It was also there that he earned his law degree. He passed his bar exam in 1970.

After being called to the Bar, Brian Leveson began practicing law professionally in Liverpool.

In 1986, Brian Leveson became a member of the Queen’s Council. This meant that he was a lawyer that would do various court activities for Queen Elizabeth II.

In 1988, Brian Leveson was made a Recorder, which is a type of judicial officer. While serving in this position, he led the trial for Ken Dodd, who was on trial for tax evasion. He was later called innocent, although many people doubt his innocence today.

In 1995, Brian Leveson became a Bencher. This meant that he was a senior member of an Inn of Court. He still kept was a member of the Queen’s Council once he had this position. Since this is a position that one holds for life, Brian Leveson still is considered to be a Bencher. In this same year, Brian Leveson dealt with one of the most famous cases of his career, in which he convicted Rosemary West for the murders of ten women.

In 2006, Brian Leveson was made a Deputy Senior Presiding Judge and a Privy Councilor In the same year, he was made the Lord Justice of Appeal. He held this position until 2013.

In 2007, Brian Leveson was promoted again, this time to the position of Senior Presiding Judge. He held this position until 2009.

In 2013, Brian Leveson was appointed to the position for Chancellor of Liverpool John Moores University. In the same year, he was also made the President of the Queen’s Bench Division. He currently still holds both of these positions.

Nowadays, Brian Leveson calls for reforms and more rules that should be upheld in the courts. One thing he believes is that there should not be cameras, either photography or news cameras, in courtrooms while there is a trial going on. He feels as though it sensationalized trials and makes them more complex than they should be. However, Brian Leveson believes that some technology should be invited into the court system as to allow for remote hearings, which would reduce court costs, as Brian Leveson feels as though the court system is currently too expensive. Better ways to show evidence, flexible court hours, and judge trials (instead of jury trials) for minor crimes, are some of the things that Brian Leveson believes should be changed in the courtroom.

Brian Leveson was made a Knight Bachelor in 2000.

Brian Leveson is married to Lynne Fishel. The couple has three children together.