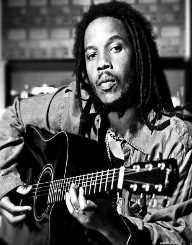 Stephen Marley was born on April 20th, in 1972. He is famous for his talent in music. Also, part of his fame is the fact that he is the son of Bob Marley. Throughout his music career, Marley has bagged home up to eight Grammies. Growing up, Marley was exposed to a unique kind of music from his parents. This greatly influenced the career path that he would be taking in future. Together with his siblings, they formed a group and called it Melody Makers. The band members were Ziggy, Cedella, and Sharon. Later on, they changed their group name to Ziggy Marley and the Music Makers.

Stephen Marley was born on April 20th, 1972. His birthplace was in Wilmington, Delaware. He was however brought up in Kingston, Jamaica. He was the second son of legendary reggae artist Bob Marley. His mother was called Rita Marley. By the time he was seven years old, Marley had begun singing. This was after joining the family band that had been formed by his elder siblings. Ziggy and Cedella had partnered with Stephen to come up with a band group called the Melody Makers.

The first song that the Melody Makers recorded was one that had been written by their father, Bob. This song was called "Children Playing in the Streets." The amount of money that they gained from the song were wholly contributed to the United Nation’s Children’s Fund – UNICEF. Shortly after, Stephen recorded a solo song which was dedicated to all the beautiful girls. This song was performed by the Melody Makers in 1981 at the Reggae Sunsplash.

In 1981, tragedy struck the reggae family as Bob Marley died. However, to the siblings, this strengthen their bond in the Melody Makers band. During the same year, the band members released another one of their singles dubbed “What a Plot.”

Four years later, their first album titled Play the Game Right was out. Unfortunately, this album did not perform well. The following year, in 1986, the completed their second album Hey World! This album performed better as compared to their debut album. Nonetheless, it did not earn them the attention that they desired from the reggae community. After some time, they decided to change the name of their band group to Ziggy Marley & the Melody Makers.

After that, the band went to record with Virgin Records and released their third album titled Conscious Party in 1988. This brought huge success to the group as their songs were hailed throughout the United States. One of the songs from the album that was a major hit was the “Tomorrow People.” This song also performed well in the hip-hop, pop and R&B charts in the US. 1988 was indeed a successful year for the band. Later that year, they bagged home their first Grammy Award under the category of best reggae recording.

The following year, things also turned bright as they released One Bright Day- 1989. Their newly named band was again among the best bands in the reggae community. Just like 1988, this time around they bagged home the same Grammy Award for their exceptional reggae recording. Nevertheless, regarding sales, their 1988 album performed well. During the 90s, they also took home another Grammy with their album Babylon Is Fallen – 1997. It was after this that the band members opted to go separate ways.

Stephen Marley had earned a name for himself. He took advantage of this and helped in the production of albums for Damian Marley. He is to be credited for having co-produced Halfway Tree and Welcome to Jamrock which were released in 2001 and 2005 respectively. The two albums gave Stephen Marley another Grammy to take home.

Stephen Marley’s solo career was also a huge success. After helping Damian, he also worked on his album titled Got Music? – 2005. It was not until 2007 that he received high acclaim in his solo career after releasing Mind Control album. Just like the good old days, his brothers backed him up with some supporting roles. Later that year, he was bestowed with a Grammy Award for the reggae album that he had released.