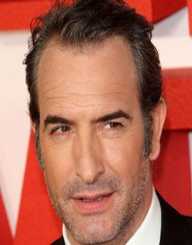 Jean Edmond Dujardin, the first French actor to have won an Oscar for Best Actor, was born on June 19, 1972, in Rueil-Malmaison, a Paris suburb of France. His father Jacques Dujardin owned a construction company where he began working immediately after his high school graduation. Later, he undertook the compulsory military training. While serving his mandatory military service, he considered acting as one of his future career options. He never attended any college and had no formal training in acting.

After having served the mandatory period of military training, Jean Dujardin started writing stand-up comedy sketches and performed these comedy sketches in bars and cabarets spread across the length and breadth of Paris in a solo show. Later, he, along with a few members of the Carré Blanc Theater including the likes of Emmanuel Joucia, Bruno Salomone, Eric Massot and Eric Collado founded a comedy group named Nous Ç Nous.

Dujardin’s talent was first unearthed when he appeared on the French talent show Graines de star in 1996 as a member of the comedy group Nous Ç Nous. The exposure led to his selection in the lead role of the French version of the original Canadian comedy series ‘Un gars, une fille’. The television series had a successful run from 1999 to 2003 in France and opened the door for Dujardin to get an entry in the French film industry.

In 2006, Jean Dujardin landed the lead role in the well-applauded comedic film ‘Brice de Nice,’ where he portrayed the character of an eponymous surfer to perfection. He also performed on the accompanying soundtrack of the film. His characterization of the aspiring surfer partying on the French Riviera catapulted him to overnight stardom.

The following year he appeared in the lead role of the film 'OSS 117: Cairo, Nest of Spies' as a secret agent of sexist and racist nature. The portrayal of Hubert Bonisseur de La Bath, the secret agent of the film earned two awards for Best Actor to him; an Etoile d'Or Award and a Cesar Award nomination.

The success of the film prompted the making of its sequel ‘OSS 117: Lost in Rio’, wherein also Jean Dujardin played the lead role. From 2007 to 2010, he successfully portrayed various roles of different shades and was acclaimed for his performance. Apart from starring in the 2007 film ‘99F’ (99 francs), he in his first appearance in a dramatic role playing the character of a tortured father and cop in the film ‘Contre-enquête’ in the same year. ‘A Man and his Dog’ and ‘The Clink of Ice’ are his next two notable film ventures released in 2009 and 2010 respectively.

In 2011, Jean Dujardin appeared in a silent film as the yesteryear movie star George Valentin. The film titled ‘The Artist’ traced back the romanticism involving Valentin that took place in Hollywood between the period of 1927 and 1932 in a comical fashion. Both the film and its lead actor received huge critical applause from all quarters.

Jean Dujardin met co-actor Alexandra Lamy while shooting for the television series ‘Un gars, une fille’ (1999-2003) and began dating her. They later married on July 25, 2009. However, it was not Dujardin’s first marriage. Earlier, he had married Gaelle Demars during the late 90s. He had two sons from his first marriage.

He divorced Demars in 2003. His second marriage also culminated in divorce in 2014 after spending five years together. Dujardin married Nathalie Péchalat on May 19, 2018. They currently live in Paris along with their children.