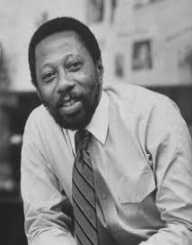 Robert  Clyve Maynard was born on the 17th of June in the year 1937. A famous African American who was the first black to own and publish a newspaper in the United States. He was a newspaper publisher, journalist, and editor.

Robert C. Maynard, son of Samuel C. Maynard and Robertine Isola Greaves, was born on 17th June 1937. His parents had migrated from Barbados. Robert had six siblings. At 16 years of age, he left school to pursue his writing dream. He was in high school at Brooklyn school.

The York Gazette and Daily in the year 1961 offered Robert C. Maynard a job in the town of York, Pennsylvania. After four years of working, he moved to Harvard University for Nieman Fellowship.

At the age of 29 years, in the year 1966, he joined the Washington Post as an editor. He was the first black person in the American soil to be given a post in a company owned by the whites. Robert trained the minority group in the society, journalism at Columbia University in the year 1972.  During the campaign debate in 1976, Robert got a chance to be among the journalists that questioned President Gerald and Jimmy Carter.

The Oakland Tribune then appointed him their editor in the year 1979. In the year 1983, he purchased the company and became the first black person to own a media newspaper in the United States.

Robert together with his wife, Nancy Hicks Maynard, opened the Institute for journalism education in the year 1977. Their main aim was to help the minority in society.

More than 1000 editors and journalist have benefited from the institution. Her daughter, Dori J. Maynard, became the Institution head, C.E.O, and President

Robert C. Maynard received the Pulitzer journal award in 1990 through his Newspaper.

Robert through his newspaper fought for the black people's rights to improved schools, trauma care, and economic development. He was a generous man helping the needy in the society and involved in their community forums.