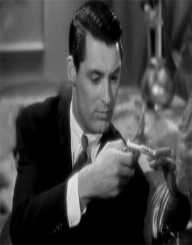 Wesley Ruggles was born on June 11, 1889, in Los Angeles, California, USA. His brother was Charles Ruggles.

As a youth, Wesley Ruggles attended various schools in the Los Angeles area. He also went to a college in the area. After he finished his formal education, he studied as an acting apprentice. The main areas of study were musicals and comedies.

Wesley Ruggles officially started his professional acting career in 1915 when he appeared in the short film called Caught in a Park. He continued to work on short films for several years.

In the late 1910’s, Wesley Ruggles began to move away from his short acting career to focus on beginning a directing career. He kept working with short films, but this time he was directing instead of acting. He also worked with the United States military around this time, as World War I was going on. He did not fight in the war, but he instead helped to make films for the war effort. He did not direct much, but he instead worked as a cameraman.

After the war, Wesley Ruggles resumed his focus on directing. It was in the 1920’s that he began to direct full-length features, but he continued to make short films from time to time. The 1920’s were one of the most productive times of Ruggle’s directing career. Some of the films he directed during this time include the following: Wild Honey, The Age of Innocence, The Kick-Off, Silk Stockings, Finders Keepers, and Scandal. Many of his films were successful and won him prestigious awards.

The 1930’s continued to be a productive time for Wesley Ruggles. At this time, he was entirely focused on full-length features instead of short films. Some of his films from this decade include I’m No Angel, Accent on Youth, The Bride Comes Home, True Confession, and Invitation to Happiness. This decade of his filming career was also successful.

During the 1940’s, he continued to direct. However, Wesley Ruggles career started to go on a downward spiral. His films became less successful than some of his films in the past. In part because of this, he made fewer films than he had previously. Some of his films from this decade include Arizona; You Belong to Me, Slightly Dangerous, and London Town. The last of these films was released in 1946. It was the last film Ruggles would direct, in part because the film was anything but a success.

Wesley Ruggles’s film Cimarron got him nominated for an Oscar for Best Director in 1931.

Wesley Ruggles earned a Star on the Hollywood Walk of Fame in 1960.

Wesley Ruggles died on January 8, 1972, in Santa Monica, California, USA. The cause of his death was a stroke. He was 82 years old when he passed away.