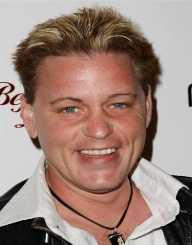 Corey Haim was born on December 23, 1971, in Toronto, Canada. His parents were Judy and Bernie Haim. His siblings were Carol and Daniel Haim.

Corey Haim’s acting career began in 1984 when he began working on the show The Edison Twins as the character Larry. He worked on this show for a season. In the meantime, he also appeared in several films, including Silver Bullet and Murphy's Romance. In 1987, he returned to television as the character Matthew Wiggins, in the show Roomies. He kept this role for several episodes.

In the same year, Corey Haim also took on what would go on to be one of his most famous roles (Sam) in the film The Lost Boys. Some of the other films he appeared in during the 1980’s include License to Drive, Watchers, and Dream a Little Dream.

In the 1990’s, Corey Haim continued to work in film, but he focused less on television. However, he did still appear on television shows as guest characters from time to time. Some of the shows he appeared on include PSI Factor: Chronicles of the Paranormal. Filming movies took up most of Haim’s time in this decade, in part to the fact that he was in several feature films and made-for-television movies, including Merlin, Shooter on the Side, Never too Late, and Prayer of the Rollerboys.

In the 2000’s, Corey Haim only worked on feature films and made-for-television movies. In a couple of his films (Dicky Roberts: Fomer Child Star) he just played himself. Some of the other projects he worked on during this decade include Universal Groove, Trade In, Shark City, and New Terminal Hotel. His last time, Decisions, was released after his death, in 2011.

Over the course of his long career, Corey Haim only won two awards: The Young Artists Award for Best Young Actor in a Motion Picture Comedy or Fantasy (License to Drive) and the Young Artists Award for Exceptional Young Actor Starring in a Television Special or Movie of the Week (A Time to Live). However, he was nominated for over half a dozen other awards. Some of his award nominations are listed below.

Academy of Science Fiction, Fantasy & Horror Films, USA Saturn award for Best Performance by a Young Actor (Prayer of the Rollerboys, The Lost Boys, and Watchers)

It was around the mid-1980’s, when Corey Haim was a teenager, that he first began drinking and using drugs. He would often drink while on set for his films. For his drug addiction, he first tried smoking pot but soon turned to trying heavier drugs like cocaine.

In the 1990’s, Corey Haim reached out for help with his drug addiction. He went into rehab for a short time, several times. By the end of his life, he had been in and out of rehab over a dozen times. However, it did little to help his addiction. At one point, he has prescribed medication to his problem, which would later lead to an addiction to prescription pills, including prescription painkillers.

Death died on March 10, 2010, in Oakwood, California. His death was unrelated to his problems with drug addictions. Instead, the cause of his death was a combination of heart problems and illness. He was only 38 years old when he passed away.