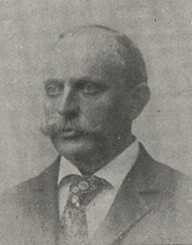 To be able to repay the loans of his education, Garret  Hobart briefly worked as a teacher upon his graduation from Rutgers College. Lawyer Socrates Tuttle, who was his childhood friend then offered him the opportunity to study law in his office. During this time, Garret  Hobart also worked as a bank clerk to support his law study at Paterson. Starting as a clerk, he rose to become the director of the bank.

He also completed his law studies and was admitted to the bar as an attorney in 1866. In 1871, Garret  Hobart was appointed a counselor-at-law and a year later became a master of chancery. Hobart who was a strong member of the Democrats during his early years shifted to the Republicans prior to his marriage to Jennie Tuttle Hobart, daughter of Socrates Turtle. The family was strong Republicans, hence influenced Hobart’spolitical change.

Garret  Hobart contested as a candidate of the Republican for the New Jersey General Assembly for Passaic County’s third legislative district in 1872. Garret  Hobart won handsomely with almost two-thirds of the total votes. He was re-elected for a second term the following year and voted Speaker of the Assembly in 1874 at age 30. Since it was a convention to step down after serving two terms of office, he had to step down even though he could have sought re-election. Soon afterward, he threw his support for the Republican nominee for the seat, which he won.

Garret  Hobart gained the node to contest on the ticket of the Republican for the New Jersey Senate seat for Passaic County in 1876 and won the seat. Three years on, he was re-elected to serve until 1882. Garret  Hobart became the first man to lead both houses of the legislature after he was appointed the President of the Senate from 1881 to 1882. During this time, Garret  Hobart gained a lifetime delegation to every Republican National Convention. From1880 to 1891 he served as a member of the New Jersey Republican Committee affairs.

Garret  Hobart also served as the New Jersey’s representative at the Republican National Committee affair from 1884 and rose to become the chairman. Even though he served in public offices, Garret  Hobart continued his law practice which was at the time very profitable. His appearances at the court were minimal, but the effectiveness of his practice and investment in other ventures made him very wealthy. Garret  Hobart was a court-appointed receiver of bankrupt railroads and also served as president of the Paterson Railway Company.

Garret  Hobart was married to Jennie Tuttle Hobart on July 21, 1869. Jennie was the daughter of Socrates Tuttle under whom he studied law. The couple had four children, but two of them died in infancy. The surviving ones were Fannie, and Garret  Hobart was diagnosed with a serious health disease in late 1898, which required much rest to improve the situation. His health condition was hidden from the public at the initial stage, but ultimately the press had the information, and it spread across the country.

Garret  Hobart still served at a point had to relay information to the Secretary of War, Russell Alger that the president, McKinley, wants him to resign. Hobart’s health kept on deteriorating and became bedridden. He died on November 21, 1899, at age 55.