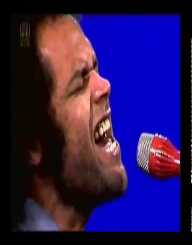 Robert Tench A.K.A Bob Tench and Bobby Gass is an internationally recognized skilled vocalist and accomplished guitarist from the United Kingdom. He is renowned for working with Jeff Beck, Freddie King and a founding member of Hummingbird and Gass. He is also known for playing with Humble Pie, Streetwalkers and ‘The Jeff Beck Group.’

Robert Tench formed ‘The Gass’ in May 1965 with drummer Godfrey McLean. This band made performances in the United Kingdom and occasional tours in Europe. During their performances, they included stage guest’s musicians such as Georgie Fame, Jimi Hendrix, and Eric Burdon and recorded two singles for Parlophone and CBS.

By 1968, they supported bands such as Led Zeppelin and a year later they were signed to Polydor Records. The Gass performed the backing group for ‘Catch My Soul’ produced by Jack Good. Tench sang some parts of ‘Othello’ a record which was released as ‘Catch My Soul-Rock Othello.'

In May 1971, Robert Tench left the Gass and Gonzalez and became a full-time member of The Jeff Beck Group was after one of the vocalists of The Jeff Beck Group, Alex Lingertwood, left the group forcing Beck to look for a new vocalist. When Beck heard Tench perform with Gass at Ronnie Scott's club in Soho London, he employed him as a replacement vocalist.

In the same year, The Jeff Beck Group released a new album Rough and Ready and toured countries such as Finland, Netherlands, Switzerland, and Germany. After a sixteen date tour in the USA, the album reached #46 on the US album charts.
In 1972, the band recorded the album Jeff Beck Group with Steve Cropper as producer. They made promotional tours at Paris Theatre, London which appeared on the BBC concert series. During this session, Trench’s guitar playing was featured on ‘Maybe’ and on July 24, 1972, the second Jeff Beck Group was disbanded.

Robert Tench started playing guitar with Ginger Baker in 1971, sessions which were recorded in the album Stratavarious. It was released in July 1972 followed by another track ‘Do What You Like.'During summer of 1972, Tench was reunited with Jeff Beck, and they began touring the United States as ‘The Jeff Beck Group’ in August 1972.

On August 8, 1972, he was flown in from England to attend a concert in Chicago where he replaced a vocalist Kim Milford for the Arie Crown in Chicago. This tour concluded in Paramount North West Theatre in Washington on August 19, 1972. Later, he formed an association with Jeff Beck leading to a further formation of the power trio Beck, Bogert, and Appice.

From years 1974, Robert Tench started working with the blues-rock guitarist Freddie King and record producer Mike Vernon. This union led to release of albums King, Burglar in 1974 and Larger than Life in 1975. Sadly, King died of a heart attack on December 29, 1976, at the age of 42 and his compilation album was released months later featuring Tench.

In 1973, Robert Tench was featured as a guitarist on ‘Fathoms Deep,' an album by Linda Lewis. This album was followed by ‘Rock a Doodle Do album’ which was top twenty in the United Kingdom singles charts. In this album, Tench appeared alongside former Jeff Beck Group keyboardist Max Middleton, bassist Phil Chen and guitarist Jim Cregan.
In 1973, Tench signed in to A&M records and later formed rock and soul fusion band called Hummingbird.

This band included members of the second Jeff Beck Group, guitarist Bernie Holland, and drummer Conrad Isidore. These bands recordings were produced by Ian Samwell and by the year 1975, they had recorded three albums.Later in 1976, he released an album with Hummingbird, ‘We Can’t Go to Meeting like this,' featuring drummer Bernard ‘Pretty’ Purdie.

In 1975, Robert Tench started working with Windowmaker (U.K) band that included Mott the Hoople, Spooky Tooth and guitarist Luther Grosvenor. In this group, he contributed guitar and vocals, and in 1976 the band released their first album ‘Windowmaker.'In Early 1975, Tench and Streetwalkers recorded their first album Downtown Flyers which was aired in October same year in Europe and United States of America. This was followed by their second album. ‘The groove-heavy Red Card’ which became their most important album.

On June 8, 1976, he appeared with Streetwalkers on the BBC Radio 1 Peel sessions and later on March 14, 1977, they performed on John Peel Sessions.Show he worked with Boxer band which included Mike Patto and Ollie Halsall, and in 1976 he contributed vocals to an album ‘Bloodletting,' that was recorded at The Manor Studios in Oxfordshire and released in 1979.On August 7, 1976, Tench appeared in a concert promoted by Harvey Goldsmith with members of Boxer at Crystal Palace Bowl. This show featured others such as Eric Clapton and Freddie King.

Robert Tench appeared on Streetwalkers third, and last album ‘Vicious but fair’ in 1977 and on their final release Live Streetwalkers before the band broke up. Tench and Hummingbirds released their previous album Diamond Nights the same year.In 1978, Tench was recommended to Morrison by drummer Peter Van Hooke, and with the Van Morrison band, they recorded the Wavelength album. This became the best-selling album of the time, and Tench also contributed lead guitar and vocals which were used during their promotional tours.

This tour started on September 30, 1978, in Santa Clara, California and ended on March 1, 1979, in Newcastle upon Tyne England. By the end of this tour, Tench had appeared in Morrison’s lineup sixty-two times which were recorded and broadcasted by WNEW-FM in November 1978.

Later on November 26, 1978, Robert Tench appeared with the band at Roxy in Los Angeles U.S.A which was recorded and released as a promotional album in 1979.

In 1981, he appeared in the video ‘Van Morrison’ in Ireland. It was filmed in February 1979 when he was performing on ‘The Wavelength Tour.'On May 1978, Tench joined Eric Burdon and recorded the album ‘Darkness Darkness’ using Ronnie Lane’s Mobile Studio at Round wood House in County Leix Ireland.

This album was released two years later, and he performed it with Burdon at concerts. He joined Streetwalkers guitarist Charlie Whitney’s band Axis Point as a guitarist and vocalist where they recorded Axis Point in 1979.He joined Humble pie in 1980 and recorded ‘Fool for a Pretty Face which secured a contract with Atlantic subsidiary in U.K and #52 in US singles charts. They also recorded ‘On To Victory’ which reached #60 in Billboard 200 album charts and ‘Go for the Throat.' Afterwards, the band was disbanded after several tours.

Robert Tench recorded ‘Chain Gang’ in 1982 which was released by German label Line Records. Later in 1954, he recorded album ‘Waking Up’ which was used for commercial purposes. In 1986 he recorded ‘Still in Love with You’ in tribute to Phil Lynette.In 1993, Tench sang as lead vocalist with the Thin Lizzy Band and later in 1994 he played guitar with The Electric Blues Company on Covers

In 1995, he contributed guitar and vocals to Rattlesnake Guitar. Later in 1998, he played guitar and vocals on Ruby Turner’s ‘Call Me by My Name’ alongside Boz Burrel, Stan Webb and Zoot Money.He worked together with Humble pie in 2001 and recorded ‘Back on Track’ which was released by Sanctuary Records on February 19, 2002.Later in April 2001, he performed ‘Fool for Pretty Face’ in tribute to Steve Marriot.

Robert Tench continued making studio collaborations and recordings working with artists such as Roger Champman.In 2009 he was featured in Maximum Rhythm and Blues Tour of thirty-two UK theatres.On March 17, 2015, he appeared at The Half Noon Putney music venue and performed with a backing band.

Robert Tench’s proficiency as a vocalist and guitarist has attracted an international following and has been praised in books such as ‘chronology of Jeff Beck’s Career 1965-1980, ’ and in September 2009 he was featured in Britain Magazine as a noted singer and formidable guitarist.