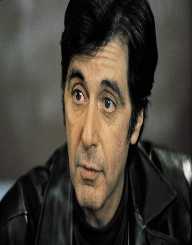 Benjamin Ruggiero was born 19th April 1926, in the Little Italy neighborhood of Manhattan, New York, in the United States.

Benjamin Ruggiero was only a young man when he joined the Bonanno family organization. He was a street soldier, reporting to Michael Sabella, the caporegime. It wasn’t too long before Benjamin Ruggiero had successful rackets in bookmaking, extortion, and loan sharking.

He lived in the same apartment block as fellow Bonanno street soldier, Anthony Mirra. They lived on Monroe Street, in Manhattan. Benjamin Ruggiero became good friends with Mirra, and also with Philip “Rusty” Rastelli, who would become the future “boss” of the organization. Not long after joining the organization, Mirra introduced Benjamin Ruggiero to Donnie Brasco. What they didn’t realize was that Brasco was an undercover FBI agent, whose real name was Joseph Pistone.

Pistone posed as a jewel thief. Benjamin Ruggiero became good friends with Pistone, mentoring him in the ways of the organization, and eventually sponsored him into the family. Pistone became close to Ruggiero’s family, to the point that Ruggiero’s children started going to Pistone when they had any problems.

Benjamin Ruggiero became a part-owner of one of the fisheries at the Fulton Fish Market located in Manhattan. This enabled him to be on the payroll of the company, without having to actually be there during the day for work.

In 1979, the boss of the Bonanno family, Carmine Galante, was murdered. Rastelli took over and ran the organization from prison. There was a faction run by Alphonse “Sonny Red” Indelicato, who rebelled against the leadership of Rastelli. Benjamin Ruggiero joined the faction led by Dominic “Sonny Black” Napolitano, who was a supporter of Rastelli.

In May 1981, three of the rebel capos were murdered after being asked to attend a meeting. Benjamin Ruggiero and Cersani had been lookouts, and also had to clean up afterwards.

Benjamin Ruggiero loved his mobster life, and also had the respect of the other mobsters. He developed a gambling habit throughout the 1970s, which culminated in him owing $160,000 to a fellow gangster, Marangello. He was told by the family that he needed to pay his gambling debt out before he could be considered for the rank of “made man”. Ruggiero paid most of his debt off by 1977, and the family accepted his membership.

In 1981, the FBI pulled Pistone out of his undercover role. The FBI informed the family of Pistone’s true identity. The family was furious and put contracts out for the members who had introduced Pistone into the family. Napolitano and Mirra were murdered. The FBI placed Benjamin Ruggiero under protective custody on 30th August 1981, intercepting him on his way to a meeting. They believed he was going to be murdered at the meeting. The FBI tried in vain for some time to get Benjamin Ruggiero to become a government witness, but he stood firm in his refusal to do so. The family canceled the contract on Ruggerio’s life due to him remaining loyal.

In 1982, Benjamin Ruggiero was charged in both New York and Florida, with violations of the Racketeer Influenced and Corrupt Organizations Act (commonly called RICO). He was charged with conspiring to murder, committing extortion, planning a bank robbery, and running illegal gambling operations, amongst others.

He was convicted and sentenced to 15 years in prison. Benjamin Ruggiero refused to believe that Donnie Brasco (Pistone) was an FBI agent, believing him to be a legitimate friend and soldier. Benjamin Ruggiero said he would get revenge on Pistone if it was the last thing he did.

Benjamin Ruggiero contracted cancer, and in 1992 was released from prison after serving only 11 years. He died two years later.

Benjamin Ruggiero had four children to his first wife. He left her in the late 1950s, and moved in with Louise, who would become his second wife. He married Louise in September 1977.