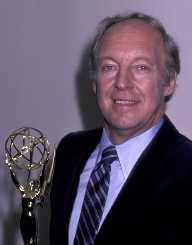 Conrad Bain was famously known as an all-star when it came to filming and television industry. He rose to fame when he took Phillip Drummond role in a Different Strokes television show. Conrad wanted to become an avid hockey player, but he changed his career while in high school. He is also known for films like George C. Scott’s, Mr. President and Woody Allen’s Bananas.

His unique style and flowing persona typically identified bain. His character trait went hand in hand with his imagination and openness. In his midst, lots of people liked to play with his humor. Little did they know that he was not one of them. Yes, his friends and family appreciated his nature, but his out of world imaginations allowed him to face different angles of life. While with friends, Conrad used to use his intelligence to intrigue others. When it comes to career choice, Bain showed that he was a 50/50 persona. At first, he wanted to be a fervent hockey player. But his natural skill and several career opportunities led him into acting.

On February 4, 1923, Conrad Bain was born in Alberta, Canada in Lethbridge to Stafford Bain and Jean Young. He spent his childhood life in Alberta. Bain joined Calgary Hich School for his early education where he later enrolled at Banff School of Fine Arts. Instead of going to college, Bain opted to accede to the Canadian Army in the course of World War II.He then resigned in 1948 where he went to search for his long-term career as an actor. It was here that he moved to New York and joined The American Academy of Dramatic Arts. He began to appear in small roles where he made his debut in 1956 with The Iceman Cometh play.

Early in the 1970s, Conrad landed a small role in an All in the Family sitcom. His fame knocked in 1978 where he took part in a television sitcom that was known as Different Strokes. He acted as a wealthy man who lived in New York City. The sitcom also starred Gary Coleman and Todd Bridges. Diff'rent Strokes sitcom was later canceled due to the low rating from the viewers.

Before his television roles Bain appeared in several films including A Lovely Way to Die, Coogan’s Bluff Never Sang for My Father among others.

Conrad’s Sitcom characters made him be positioned as one of the most memorable films that were titled Bananas in 1971.In 1962 Bain went off camera where he founded Arts Federal Credited Union. The organization helped thespians to borrow money and return at a low price.

In 1991 Bain made his last performance where he played as Paul Osborn in On Borrowed Time.

Conrad married Monica Sloan in 1945, but she died later on in 2009 where she was survived by her three children: Kent, Jennifer, and Mark. On January 14 in 2013 Bain died due to stroke complications.