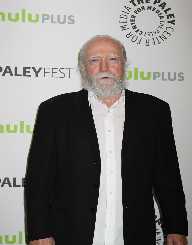 A famous American actor by the name Scot Wilson was born on 29th March 1942. He was born in Atlanta, Georgia, United States of America. Scot Wilson has been in the film industry for an extended period and during this period he has managed to act nearly 50 films.

Scott is widely known to have acted several famous films some of them being; In the Heat of the Night which is a 1967 film whereby he played Harvey Oberst and Cold Blood. In the later, he played as Killer Dick Hickok who was Richard Brooks’s 1967 film. After appearing in several television dramas, this famous actor got the role of zombie Killer Dr. Hershel Greene on AMC’s The Walking Dead.

A famous American actor, Scot Wilson was born in Atlanta Georgia United States of America on 29th March 1942. He was born to parents known as Jewel and Thomas Wilson. His first three years of high school were spent in Atlanta, but he ended up graduating in 1960 from Thomasville High school. This class was 200 miles away from Atlanta where they shifted to with his mother, after the death of his father, Thomas Wilson.

The famous actor Scot Wilson got an athletic scholarship to join Southern Polytechnic State University in Marietta, Georgia. He later left the school due to health issues. At 19 years of age in 1961, he enrolled in acting classes at California.

He was cast in the film In the Heat of the Night in 1967, five years later after joining the acting classes. In this movie, he co-starred with Rod Steiger and Sidney Poitier. This film became so famous leading it to win four Academy Awards, including for the best picture.

Scot Wilson won the role of Dick Hickok in Richard Brooks’s 1967 film adaption of Truman Capotes In Cold Blood. It was speculated that he won this part due to his resemblance to real life – killer. Scot Wilson got a privilege to make the cover of LIFE magazine in 1967 due to the film’s dark popularity.

He made the cover along with co-star Robert Blake and author Capote. The cover depicted three men standing on a desolate stretch of highway in Kansas. Some of the many films that scot Wilson acted include; The Gypsy Months of 1969, The Great Gatsby of 1974, The Ninth Configuration of 1980, The Right Stuff of 1983.

Scot Wilson tied with another actor for the honor of the best actor at the Cartagena Film Festivals in Colombia in 1984. This was due to his work in on the line.

This famous actor won guest spots on several television dramas due to his acting character. The shows include; The X-Files, The Twilight Zone, and CSI. He also took part several other television dramas.

Scot Wilson got married to Heavenly Koh Wilson, an attorney, an artist in 1977. He together with his wife lives in Los Angeles, California, United States of America.