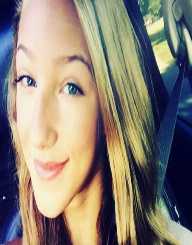 You probably know her from the popular dance show called Dance Moms. Ava Michelle Cota was born on 10th, April in 2002. She was formerly a member of Abby Lee Dance Company. Cota has earned recognition for her live performances with eminent persons such as NBA Mob Squad, Kid Rock Live Performance, and Flo-Rida. She has bagged home several titles throughout her career including the Miss Pre-Teen Galaxy International – 2014. Aside from this, Cota also featured in the dance show dubbed So You Think You Can Dance 2016.

Ava Michelle Cota rose to the spotlight of her career after featuring in the Dance Moms. During this time, the show was in its third season. Her debut episode was titled ‘The Beginning of The End’. She continued to feature on the show for other subsequent seasons including the fourth, fifth and the sixth. Unfortunately, Cota was dismissed from the show simply because she was taller than her competitors were. Nonetheless, she did not lose hope as she continued her dancing career with Candy Apple’s Dance Center and Broadway Dance Academy.

Apart from dancing, she is also a model. Ava Michelle Cota has featured in some commercials not forgetting the fact that she modeled for Ford Motors, Sacs Patrick J Designs, and Sally Miller Fashion. Cota is also a talented vocalist working with the Mob Squad.

Ava Michelle Cota had a particular interest in acting right from the time she was young. Nevertheless, she was also dazzled by the idea of one day becoming a dancer. Right from the age of two, she had already begun dancing. She continued dancing in her mother’s studio when she was three. She mainly dances freestyle, jazz, hip-hop, and ballet. Due to her unique dancing skills, she was crowned the Miss Pre-Teen Galaxy International back in 2014.

Cota has been actively involved in some dancing competitions throughout her career. For instance, she has worked with Broadway Dance Studio. Cota is also a skilled athlete. Some of the main areas she is talented in include swimming, gymnastics, and aerobics.

Ava Michelle Cota's mother is Jeanette Cota. She is the proud owner of Broadway Dance Academy situated in Fenton, Michigan. Her mother was a prominent model and that she also worked as a dance teacher. She has played a significant role in Cota’s successful dance career.