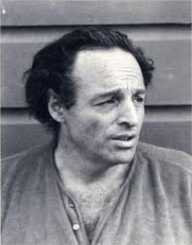 Al Held was an American painter.

Al Held was born in Brooklyn, New York, on October 12, 1928. His family was quite poor. He grew up in The Bronx. He was expelled from high school in 1944. The following year, he began his service as a marine in the U. S. Navy. He became interested in art after he left the Navy in 1947. So, he decided to begin his studies at the Art Students League of New York. In 1951, he moved to Paris, France. There, he spent two years studying at the Academie de la Grande Chaumiere.

Al Held's first exhibition was held at the Galerie Huit in Paris in 1952. After that, he returned to New York City. He had a number of exhibitions over the years. His work was displayed at the Guggenheim Museum, the Los Angeles Museum of Art, the Washington Corcoran Gallery of Art, the San Francisco Museum of Modern Art, the Boston Institute of Contemporary Art, and many other venues across the U. S.

Worldwide he had exhibitions in countries such as France, the Netherlands, Italy, and Germany. He painted large murals in New York City, Philadelphia, and Albany. As he became more famous and successful, some of his commissioned paintings could reach prices of up to a million dollars.

Al Held's paintings belonged to the abstract expressionist movement. They contained plenty of geometric shapes and strong colors. They were usually quite large. He hung out with other artists, such as Mark Rothko, Franz Kline, Sam Francis, and others. He often took part in group exhibitions with his colleagues. From 1962 to 1980, he worked as an art professor at Yale University.

Al Held passed away on July 27, 2005. He was found dead in the swimming pool in his villa in Italy.