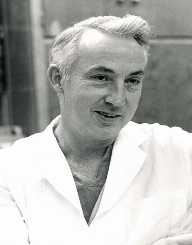 Norman Edward Shumway was born 9th February 1923, to Norman and Laura Shumway. He was born in Kalamazoo, Michigan, in the United States, and was an only child. His parents ran the local dairy in Jackson.

Shumway studied law at the University of Michigan for a year, and he was then drafted into the U.S. Army in 1943. While he was in the army, Shumway studied engineering at the John Tarleton Agricultural College in Texas.

He then did pre-medical training at Baylor University, followed by medical study at Vanderbilt University, from where he graduated in 1949.

Norman Shumway did his residency under Owen Wangensteen at the University of Minnesota. Wangensteen was the Chairman of the Department. Shumway’s other mentor was Walt Lillehei, Chief of Thoracic Surgery. Lillehei was also a pioneer of heart surgery.

In 1956, Shumway was working with Christiaan Barnard, who would become his future fellow pioneer. He was awarded a medical doctorate in 1956, and in 1958 he started working as a teacher of surgery at Stanford Hospital in San Francisco. When the hospital was moved to Palo Alto, he moved with it.

Shumway taught many promising residents over the years, in cardiology and cardiothoracic surgery.

In 1966, Norman Shumway met Barnard again when Barnard was on a visit to Stanford. At the time, legislation in the U.S. did not allow for organs to be transplanted if the donor’s heart was beating. In conjunction with Randall B. Griepp, Shumway was the first doctor to accomplish a human heart transplant operation in 1968 successfully. Survival rates in the early years were very small, and Shumway was the only American surgeon to keep going with the operation.

With experience, he had more success, and by the 1970s, Shumway and his team had perfected the operation, and he introduced cyclosporine instead of the more traditional drugs, and this made the operation much safer.

In 1981, the first heart and lung transplant was performed by Norman Shumway and Bruce Reitz.

Among his many awards and honors, Norman Shumway has the following:

1971:   Awarded the Rene Leriche Prize by the International Society of Surgery

1976:   Awarded the Cameron Prize of the University of Edinburgh for the pioneering use of

Norman Shumway married Mary Lou Stuurmans, and the couple had four children, but they later divorced.

He died in 2006 of lung cancer. He was known as a humble, publicity-shy man.