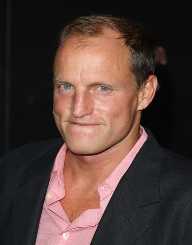 Woodrow Tracy Harrelson was born on July 23rd, 1961. His place of birth was in Midland, Texas. He is an American actor with a long list of acclaimed movies. His career turning point came in 1985. During this time he featured in the NBC’s sitcom Cheers. His role in the TV show earned him up to five Emmy Awards nominations. He was fortunate enough to bag one of the awards in 1989. Entering into his movie career, he rose to become a celebrated actor. Some of the movies that he has featured in include No Country for Old Men, The Thin Red Line, and Natural Born Killers.

Woody Harrelson was born on July 23rd in 1961. His parents were Diane, his mother, and Charles Harrelson, his father. When Harrelson was seven years old, his father went to prison after killing John H. Wood Jr., a federal judge. This left Harrelson and his two brothers under the care of their mother.

Harrelson went to Lebanon High School after which he enrolled at Hanover College for his higher education. In 1983, he graduated with a degree in English and shifted to the New York City to pursue his acting career.

His first role on screen was as a bartender. Harrelson was to play in the NBC show, Cheers that was already popular by them. During this time, the show was in its 4th season. Immediately after playing the role of Woody Boyd, he was instantly successful and loved my many Cheers fans. With his acting prowess, he managed to earn 5 Emmy Award nominations after which he ultimately won one later on.

Starring on Cheers did not deter him from venturing into other personal projects. In 1991, Harrelson featured in Brooklyn Laundry play by James Brooks. He also displayed his writing and directing abilities in Furthest From the Sun. Several films also lined up during the late 80s and early 90s such as Wild Cats- 1986, Cool Blue¬-1990, L.A. Story- 1990, Doc Hollywood-1991 and so on. In 1995, he acted alongside Jennifer Lopez in Money Train. A year later, he starred as Larry Flynt in the biopic The People vs. Larry Flynt. At first, the movie received negative reviews but later on his exceptional performances earned him both an Academy Award and the Golden Globe nominations.

His performance in the biopic landed more serious movie roles to Harrelson in the subsequent years. Some of the films that performed fairly included Sarajevo-1997 Wag the Dog-1997 and The Thin Red Line-1998.

No Country for Old Men came in 2007. This was an acclaimed movie as it later won an award for best picture and best director. Harrelson was also bestowed with Screen Actors Guild Award for his role in the film.

In 1985, Woody Harrelson tied the knot with Nancy Simon, daughter of Neil Simon. Amusingly, the couple wanted to file for a divorce the next morning. Nonetheless, they lived together for the next ten months before separating. In 2008, Harrelson wedded Laura Louie. The pair has three daughters.