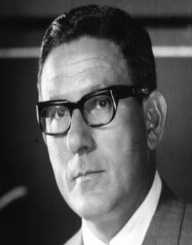 James Ling He was an American businessman who formed one of the largest business conglomerates in the US history.

James Joseph Ling was born on December 31, 1922, to Henry William and Mary Jones Ling. Ling was born in Hugo, Oklahoma. He grew up in Oklahoma in his formative years. He grew up without his father who left the family to live as a brother in a Carmelite monastery in Oklahoma. In 1933 his mother died when he was barely eleven years. He moved to live with his aunt in Louisiana.

Ling went to school at Saint John’s College. His two brothers went to Father Flanagan’s Boys’ Town School. When he failed to graduate, Ling thought of following his father to the seminary. He dropped the idea of becoming a priest. He left home Louisiana for Dallas, Texas. He worked several jobs before settling as a trainee electrician.

In 1944 he joined the US Navy. He secured a chance to study in the military electrical school in Mississippi. Ling graduated second in the class of 200 students. He was discharged a skilled electrician from the military.

He transformed his company into a new entity the Ling Electrical Inc. He approached the Dallas Investment Banks for business partnership. He contemplated of floating his company’s shares in the stock market. He was turned down. He promoted his idea through the Texas Trade Fair. Ling rented a booth at the fair and handed out promotion leaflets to the public. In the initial public sale of the company shares, Ling raised USD 800,000.

Ling bought out several companies. In 1956 he bought L.M. electronics. In 1959 he took over the Altec Electronics, a company larger than Ling Electrical Inc. He formed a merger and called the new entity Ling-Altec Electronics. Ling became a major player in the electronic business. In 1960 Ling merged his company with Temco Inc. Temco was a giant military equipment manufacturer in the US. He changed the company’s name to Ling-Temco. After merging with another military aircraft manufacturer Chance Vought, he changed the name to Ling- Temco-Vought or LTV. Despite the violent take over at Chance Vought, Ling managed to stabilize the merger.

He continued expanding his business empire into aviation and transportation. In 1968 he bought the GreatAmerica Corporation. Ling now owned the Braniff Airways and the National Car Rental companies.

End of an Era

In 1970 he bought Jones and Laughlin Steel Company. A seasoned businessman, Ling acquired the falling company with the hope of turning it around. He started making straight losses from the merger. Ling was forced to sell off some subsidiary companies to salvage the financial downfall. He tried to stabilize the spiral downfall of his company on the stock market.

Unable to turn around the situation, Ling was forced out of the helm of the company. He tried building another empire from scratch but never recovered. His companies continued to go bankrupt.

Ling married Dorothy in his early 20s. He fathered four children with her. During his life at the helm of the conglomerates, he lived a lavish life. Like all wealthy people, he took up playing golf in Dallas.

He built a palatial house in Dallas. He built the house in the likeness of the castle of French King Louis XV. In the interior furnishings, he spent USD 12.000 to buy and install a bathtub. He never disclosed the overall cost of the house. Ling sold the house when his financial woes set in.

Ling suffered ill health for a long period of his life. He was suffering from Guillain-Barre Syndrome. The disorder attacks the human nervous system weakening the person over the years. His nerve system continued to deteriorate over the years. In 1991 he fell more into ill health following the death of his wife. On December 17, 2004, at the age of 81, James Ling died in Dallas.

Ling built the most formidable conglomerate in the 1960s and 70s. He rose from a poor boy with little formal education to become the most recognizable figure in the world of electronics in the US. Ironically, he made his downfall out his niche for business expansion.