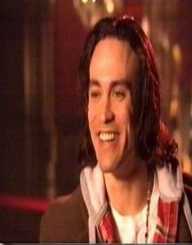 Brandon Lee was an American actor and martial artist who is best known for his role in the film The Crow.

Brandon Lee was born in Oakland, California on 1 February 1965. His father was the world famous martial artist, and actor Bruce Lee and his mother were Linda Emery. The family moved first to Los Angeles and then Hong Kong. Lee’s Father Bruce died in 1973 and Lee, and his mother returned to America. Lee was asked to leave his high school due to insubordination. He attended college at Emerson College, Boston. He then moved to New York to train as an actor.

Brandon Lee went to Los Angeles in 1985 to work as an actor and got his first credited role in the 1986 TV movie, Kung Fu the Movie. Lee received a starring role in a Hong Kong film, Legacy of Rage, which was also released in 1986. Lee next appeared in the unreleased TV series Kung Fu: Next Generation and the movie Laser Mission, which did not receive an American release. In 1991, Lee made his studio debut by starring alongside Dolph Lundgren in Showdown in Little Tokyo.

During the filming of The Crow, an onset accident led to a bullet being lodged in the gun that was being used in the movie. When blanks were used to simulate the shooting of Lee’s character they forced out the bullet trapped in the barrel which struck Brandon Lee in the abdomen. Despite six hours of surgery, Lee died of his wounds on 31 March 1993.

Lee was just twenty-eight years old at the time of his death. Despite Lee’s end the decision was made to complete the film. Extensive rewrites were undertaken, and with a combination of CGI and stunt doubles, the movie was released in 1994. The film was a hit grossing fifty million dollars making it by far Lee’s most successful film. His performance earned him an MTV Award nomination for best male performance.

Brandon Lee was engaged to be married on 17 April 1993. He had met his fiancé, Eliza Hutton at 20th Century Fox where she worked as a director’s assistant. The two were engaged in October 1992. Lee was also survived by his sister, Shannon Lee, who was an actress and singer. Lee was buried next to his father in Lake View Cemetery, Seattle, Washington.

The Crow was dedicated to Lee and his fiancé Eliza Hutton. Two months after his death a biopic on his father was released, the end credits contained a dedication to Brandon Lee. In 2000, a Swedish film, Sex, Lies and Video Violence, in which Lee had made a brief cameo was released. Following his death on set Eliza campaigned for more significant gun control safety regulations in the film industry.