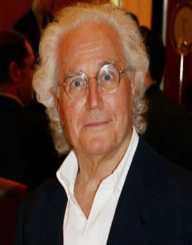 A global fashion icon, Luciano Benetton is a co-founder of the Benetton Group.

Luciano Benetton was born to Leone and Teresa Benetton in Treviso, Italy. The eldest child in the family, he was born on 13 May 1935. Luciano Benetton studied the art of business from an early age. His father owned a shop selling both auto and bicycle parts. In 1949, the passing away of his father changed the fortunes of the family. Benetton had to leave school to support his other siblings, Guiliana, Carlo, and Gilberto. After working at a local shop for a while, he thought of starting his own business.

At the age of 30 in 1965, he managed to prevail to his siblings to form a family company. With the money that he had saved and the sale of his coveted bicycle, the idea was accepted. The siblings started a clothing factory and named it Benetton after their family name. Luciano Benetton purchased a knitting machine with the financial capital.

With the signing of franchises with local partners, production was increased. This left Luciano Benetton to focus on improving the quality of the fabrics. He introduced an art which he had learned in England. The softer light wool fabric and trendy designs were well received by the youth market. To cut competition, the local partners were not allowed to have any other brand. When the Benetton Group celebrated its 25 birthday in 1990, it was a global brand.

The Benetton Group diversified its business. They incorporated the United Colors of Benetton, a children clothing line. Also added were Sisley, Playlife and Killer Loop. All these clothing lines helped the group penetrate the global market. With new franchises, Benetton had shops in megastores in Europe, Asia, America, and Africa. Benetton ventured into the formula one market. In the line of accessories, Benetton started the large-scale production of watches and women beauty products.

At the beginning of the 2000s, Benetton was on descending spiral. Several lawsuits by its former franchise partners affected its profitability. With bad fortunes becoming a normal occurrence, the Benetton family members opted for non-executive roles in the group. Luciano Benetton resigned as chairman of the group in 2012.

Benetton Group has other business interests outside the clothing lines. It has invested in stock markets, sports and automobile industries.

Together with Oliviero Toscani, Benetton produced several media advertisements. The public was dismayed by the graphic images. Some of the advertisements showed emaciated people with the logo HIV/AIDS stamped on them. Others showed human genitalia, while others had soldiers drenched in blood with a Kalashnikov rifle. Such images were deemed to be contrary to the Italian cultural norms. In a rejoinder, Benetton said that they were a reminder of the realities of life. The soldiers should remind people of the Balkan war. The HIV advert was to sensitize the public of the ravaging disease.

Like most critics, Benetton saw that going for elective office could solve social problems. He served in the Italian Senate for two years. From 1992 to 1994, Benetton sat in the Senate as a member of the Republican Party. Though not active, he is a member of the center-leftist party.

Luciano Benetton is an art lover. He has a collection of Italian as well as other global cultural masterpieces in his collection. He sponsors many cultural activities through the Fondazione Benetton, his charity organization.

On the family circles, he is married and is blessed with four children.

The young boy who left school to work in a local shop became a global brand. Like all global businesses, Benetton had to create a network of friends. His family was his first capital. Benetton transformed the small clothing factory into an international brand.

Today, Benetton Group is a business that raises eyebrows in the major schools of business and economics. Many other students of commerce will continue writing the thesis on the brand.