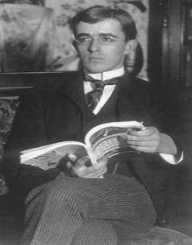 John E. Walker is an English chemist born on January 7th, 1941. He shared the Nobel Prize in Chemistry in 1997 with his associate Paul Boyer. For his early education, Walker specialized in chemistry, mathematics and physical science. He later studied peptide antibiotics and conducted his research along with Edward Abraham. John Kendrew, a great Television host, later influenced him to further his knowledge in the field of molecular biology. He studied abroad for five years, including France. During his career, John E. Walker had the privilege of working with great scientists. Paul Boyer, his associate in sharing the 1997 Nobel Prize in chemistry, was one of them. The others include Fred Sanger, Max Perutz, and Cesar Milstein among others. He has been awarded many prizes during his career.

John E. Walker was born on January 7th, 1941. His birthplace was in Halifax, Yorkshire in the United Kingdom. He was the first born child of Elsie Lawton and Thomas Ernest. His father earned a living as a stonemason. His mother, on the other hand, was an amateur musician. He had two sisters: Judith and Gen.

John E. Walker attended Rastrick Grammar School where he majored in physical science and mathematics. While in school he was an active member of sports. He was even appointed a captain of the cricket team as well as the soccer team.

Later in 1960, John E. Walker joined the St Catherine’s College, Oxford. He specialized in chemistry.  He attained his bachelor’s degree four years later. Soon after his graduation, Walker embarked on his research at Sir William Dunn School of Pathology, Oxford. This was in 1965.He researched on peptide antibiotics along with Edward Abraham. By 1969 he was through with the research and attained his D Phil degree.

John Kendrew was Walkers greatest influence during his research period. Kendrew was a TV host who published a book on molecular biology. With this inspiration, Walker decided to acquire more knowledge as well on the subject. In 1969, he traveled abroad to further his studies. He began with the School of Pharmacy of the University of Wisconsin. By 1971 he had completed his studies there. He then went to study in France till 1974.

John E. Walker began his career in June 1974 at the Laboratory of Molecular Biology-LMB which was of the Medical Research Council. He particularly worked at the Protein and Nucleic Acid Chemistry in short PNAC Division. Initially, his contract was to last for three months. His contributions at the laboratory proved to quite progress. Hence he was permanently employed. He worked there for decades. At LMB, he had the honor of working with famous scientists like Fred Sanger, Max Perutz, Cesar Milstein and Francis Crick.

He worked with Paul Boyer in researching the catalytic mechanisms of the ATP synthase. In 1994 their research findings were published. Consequently, in 1997, the two won the Nobel Prize in Chemistry for their contributions in the field of science. Over the years Walker furthered his research on the ATP synthase. In 1998, John E. Walker worked at MRC Dunn Human Nutrition department of Cambridge. He served as the director. He later became a professor and Emeritus Director a position he still serves currently.

John E. Walker was honored with the AT Clay Gold Medal in 1959. Later the University of Pennsylvania awarded him with the Johnson Foundation Prize. In 1996 he earned two awards. The first one was the CIBA Medal and Prize of the Biochemical Society. This was followed by the Peter Mitchell Medal by the European Bioenergetics Congress. In 1997 he shared the Nobel Prize in Chemistry.  He was later awarded the Copley Medal in 2012.

In 1963, John E. Walker tied the knot with Christina Westcott. Together they had two children Esther and Miriam.