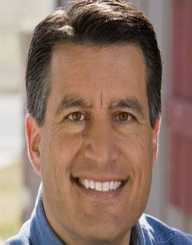 Brian Sandoval was the first Mexican to have ever held a state position in Nevada. Sandoval was born on August 5, 1963. In his lifetime, Sandoval has held several positions in the United States. He was a judge at the United States District Court and also an Attorney General in Nevada. He was also the youngest chairperson of the Nevada Gaming commission. Brian Sandoval became the Nevada State’s Governor in 2010 and still holds the position currently.

Brian Edward Sandoval was born on August 5, 1963. He traces his roots from Mexico although he was born in Redding, California. Brian Sandoval began his education at Little Flower School in Reno and later graduated from Bishop Manogue High school in 1981. He proceeded to the University of Nevada, Reno and graduated in 1986 with a Bachelor of Arts degree in English and Economics. He attended the Ohio State University Moritz College of Law and graduated in 1989. Brian Sandoval began practicing law with several law firms in Reno before he started his law firm in 1999.

Brian Sandoval began his career as a politician in 1994 when the then sitting Governor Jim Gibbons went on retirement. Brian contested for the open seat and was elected to serve at the 25th District of the Nevada Assembly. He was re-elected in 1996 but resigned in 1998 and became a member of the Gaming Commission of Nevada which handles the gaming industry of the State. He was succeeded by Gibbons wife, Dawn Gibbons.

Sandoval was appointed as the chairman of the gaming commission in 1999 at the age of 35 making him the youngest chairperson ever to serve in the commission. In his tenure as chairman, Sandoval came up with regulations that were meant to limit or otherwise face out the rate of gambling on college sports events.

In 2002, Brian Sandoval won the Nevada Attorney General seat against his Democrat opponent John Hunt and began service in 2003. Among his achievements as an attorney included elevating laws against drug abuse, human trafficking, and domestic violence. He served as the State’s Attorney until the then U.S Senator Harry Reid proposed him as a nominee for the position of a judge in the United State District Court for the District of Nevada in 2004. On March 1, 2005, Sandoval was nominated to take the seat of Judge Howard D. McKibben by President George W. Bush. Sandoval was voted into the office by the U.S Senate on October 24, 2005, and resigned on September 15, 2009.

He pursued his bid to become the Governor of the Nevada State in 2010. He won against Rory Reid of the Democratic Party with a majority vote in almost all the counties except Clark County. Sandoval won the 2014 elections where he defeated Democrat Bob Goodman by a wider margin of more than 70% of the votes.

Brian Sandoval married Kathleen Teipner in 1990 and divorced in 2018 having three children. He is currently married to Lauralyn McCarthy.