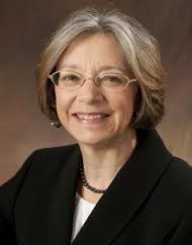 Diane Wood is an American judge and professor.

Diane Pamela Wood was born in the city of Plainfield, New Jersey, on July 4, 1950. Her mother, Lucille Padmore Wood, worked for the Girl Scouts Organization. Her father, Kenneth Reed Wood, worked as an accountant for Exxon. She has a brother named Rob and a sister named Judy. When she was sixteen years old, her entire family relocated to Houston, Texas.

From 1975 to 1976, Diane Wood was a clerk for Judge Irving Goldberg of the U. S. Court of Appeals for the Fifth Circuit. From 1976 to 1977, she was a clerk for Associate Justice Harry Blackmun of the U. S. Supreme Court. From 1977 to 1978, she was an advisor at the Office of the Legal Adviser of the U. S. Department of State. After that, she spent two years working for the law firm Covington & Burling. In 1980, she became an assistant professor of law at Georgetown University. The following year, she became an assistant professor of law at the University of Chicago.

From 1985 to 1987, Diane Wood worked at the U. S. Department of Justice as an assistant to the Assistant Attorney General. In 1989, she became a full-time Professor of Law at the University of Chicago. The following year, she became Associate Dean. From 1993 to 1995, she joined the Antitrust Division of the Department of Justice as Deputy Assistant Attorney General.

During her time at law school, Diane Wood was married to her classmate, Steve Van. From 1978 to 1998, she was married to law professor Dennis J. Hutchinson. They had three children together. In 2006, she married neurology professor Robert L. Sufit.