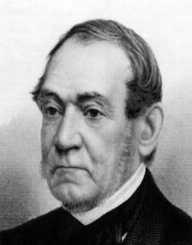 William Backhouse Astor was a real estate businessman who inherited the business from his father. He later became Americas first multi-millionaire.

William Backhouse Astor Sr. was born on September 19, 1792, in Manhattan New York. He was the son of John Jacob and Sarah Cox Astor. A renowned businessman, John Astor traded in animal fur, a lucrative venture at the time. William Astor grew up in a wealthy family alongside his seven siblings. He went to local schools in New York despite the affluence within the family. At the age of 16, his father sent him to study in Germany. He studied at the University of Gottingen. Astor transferred to the University of Heidelberg. He graduated from Germany and returned to the US.

He joined his father in the family business in 1815. Since his elder brother John Jr. was occasionally mentally unstable, Astor helped his father in most operations of the trading company. He rapidly grew in the business taking over most of his brother’s business portfolio.

His entrepreneurial skills captured the attention of his family members. Astor also worked with his uncle Henry who enlisted his services since he was childless. Upon the death of his uncle Henry Astor in 1833, William Astor inherited his estate worth USD 500,000 according to his uncle’s will. In 1848, John Astor Sr. died leaving the business empire to his son William. William Astor became the wealthiest man in the US and the first multi-millionaire millionaire.

Astor continued his business expansion following in the path of his father. He invested in the growing real estate business in New York. He concentrated in the high-end Central Park area. As the business capital of the US, New York rapidly grew to fill up most of the open land spaces with houses. Land and housing units rapidly appreciated in price value making Astor the most successful real estate magnate then. Astor invested in building and leasing housing units for 13 years within New York. In the period, he built 720 housing units, leasing them to residential and commercial tenants.

His business acumen in the real estate world transformed his family business into a mega business entity in the US. As the American Civil War erupted, the US government imposed taxes on real estate to generate revenue to fund the war. Astor challenged the validity of the real estate income tax by the government in a court of law. The court ruled in his favor, declaring the tax unconstitutional. When he left the housing construction business, Astor had accumulated a fortune of USD 50 million.

In addition to real estate, Astor invested in other business interests. He diversified into the transport industry majoring in the railroad construction and carriage coaches. Astor owned coal mining companies which supplied the railroad industry with fuel. As the industrial uptake in the US grew, he ventured in the insurance underwriting business. Astor became the most recognizable business figure in the US.

He paid much attention to the library as a family heritage. His entire donation to the library totaled USD 550,000. His son continued with the philanthropic work with donations of land, annex buildings, and books. He initiated the construction of the third annex building adjacent to the first two. After it finished, he stocked it with learning material. The Astor family thus donated an entire USD 1,000,000 to the library.

Astor gave USD 50,000 to the maintenance of the St. Luke’s Hospital. He built the St. Margaret’s Home in New York from 1852 to 1853. After its completion, Astor continued to support it for the rest of his life. In his philanthropic gestures, he donated and supported the construction and funding of schools and several other learning institutions.

Astor married Margaret Armstrong on May 20, 1818, in New York. Margaret came from a prominent political family in the US. Her father served as a US Senator and Secretary of War in President James Madison’s administration. They had seven children in their marriage, with one daughter dying in her infancy.

William Backhouse Astor died in his house in New York on November 24, 1875. His family buried him next to his wife who died three years before him. Their graves lie in the private Astor Vault at the Trinity Church Cemetery in New York.

Astor used his business expertise to become the first multi-millionaire in the US. He invested heavily in education sponsoring numerous institutions without renaming them under his family name. He goes into history as one of the philanthropists who donated much without asking for much in return.