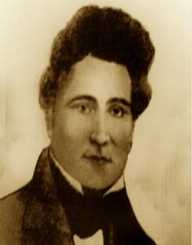 Chief Joseph H. Vann was a prominent Cherokee leader in Georgia. Born on February 11, 1789, he was also a planter, and businessman who owned slaves, and steamboats among others. Vann and several other Cherokees faced eviction during the US government’s Indian Removal policy. As a result, they had to settle in Indian Territory (now Oklahoma). Losing his properties through the eviction, Vann sued the government for financial compensation winning $19,605.

As a businessman, Vann established his businesses along major river bodies. He operated his steamboats on the Arkansas, Mississippi, Ohio, and Tennessee rivers. Vann died in a steamboat accident.

Joseph H. Vann was born on February 11, 1798, at Spring Place in Georgia. His parents Peggy Scott Vann and James Vann were both Cherokee of mixed-blood. He had a sister called Mary and several other stepsiblings. James was a prominent chief in the Cherokee Nation. His paternal grandfather, Clement Vann, was a Scottish trader from Province of the South Carolina. He had moved to the Cherokee territory for trading and later married a Cherokee woman. Joseph was his father’s favorite among his children. At the age of 11, his father was murdered in his in Buffington’s Tavern.

Following his father’s death, Joseph inherited 2,000 acres (8.1 km2) of land, river ferries, and trading posts. In addition, he inherited the Vann House in Spring Place, Georgia, and his father’s gold. Consequently, he deposited over $200,000 in gold in a Tennessee bank.

Joseph Vann became very successful and influential partly due to his huge inheritance. Like his father, he excelled in business and politics. Vann owned vast plantations and slaves who he treated them with iron hands. U.S. President James Monroe visited Vann in his plantation in 1819. With his enormous influence, he won elections to the Cherokee National Council in 1827.

During the presidential tenure of Andrew Jackson, he successfully had Congress pass the Indian Removal Act of 1830. The act authorized a forced relocation of tribes to lands west of the Mississippi River. The removal was to allow development by European-American planters and in exchange of lands in the Southeast. All Cherokee settlements at the area, therefore, suffered eviction.

Consequently, Vann faced eviction from his Georgia mansion, "Diamond Hill," in 1834. For his lost, Vann sued the government for compensation. He eventually earned a $19,605 settlement.

During the period of eviction, Vann was having a large family comprising two wives, many children, and slaves. He, therefore, moved his family and businesses to Tennessee. At Tennessee, he established a vast plantation on the Tennessee River, which eventually became the center of the settlement called Vann's Town. He earned the moniker 'Rich Joe' Vann.

In 1836, the family resettled at Webbers Falls in Indian Territory (currently Oklahoma). Vann became the Second Chief of the Cherokee Nation. Despite the relocation, Vann’s business interest never waned. He established his businesses including plantations and steamboat operation. Some slaves of Vann took part in the 1842 slave uprising. The slaves were unsuccessful in their effort to escape to New Mexico. A group of Cherokee militia pursued and rearrested them.

Joseph Vann died on October 23, 1844, in a steamboat accident. That day, Vann was serving as captain of his steamboat, Lucy Walker, bound from Louisville, Kentucky for New Orleans. At New Albany, Indiana, some boilers of the vessel blew up causing several damages and death. Vann and several other passengers died in the process.