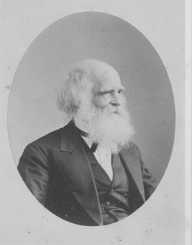 William Cullen Bryant was born on November 3, 1794, in Cummington, Massachusetts to Peter Bryant and Sarah Snell. His father was a doctor and later served as a state legislature. William Cullen Bryant was the second child of his parents. At age two, the family moved to a new home, The William Cullen Bryant Homestead, which is now a museum. William Cullen Bryant entered the William College as a sophomore for a year and hoped to enrol at Yale. However, due to the financial incapability of the family, that dream was shattered and resulted in the study of law in Worthington and Bridgewater in Massachusetts. Though his father was well to do, his lost his fortunes to an investment in a speculation business and with this could not support his son’s dream of enrolling at Yale. He completed his law education at age 21 and was subsequently admitted to the bar in 1815.

William Cullen Bryant commenced his law practice in Plainfield, and since he lived at Cummington, William Cullen Bryant had to work for seven miles each day for work. It as through his daily walk that he wrote To a Waterfowl, after sighting a single bird flying in the sky. He practiced law for a decade. His misfortunes as a child never hampered his dream of becoming great in life.

William Cullen Bryant fell in love with poetry at a young age and under the tutelage of his father was able to expand that interest. Even during his study of law, William Cullen Bryant tried his hands on some poems. One of his most famous poem, Thanatopsis “mediation on death” formally presumed to be written by his father Dr. Bryant was first published in 1817. This was after Dr. Bryant had submitted it as part of his works to an editor of the North American Review, Willard Phillips. Clarifications were made later, and the poem was attributed to Bryant, and his subsequent poems began to appear in the Review.

In 1821, William Cullen Bryant came out with To a Waterfowl. During the August commencement of the Harvard University Phi Beta Kappa Society, 1821, in William Cullen Bryant was invited as a speaker and during that trip came out with The Ages and the volume titled Poems. In the volume, he updated on Thanatopsis at the beginning and ending lines giving is a different setting.

William Cullen Bryant began to have the need recognition and became an established poet after he expanded his volume, Poems and got it published in the US. Washington Irving also extended the poems to Britain in 1832. His style of writing resonated with nature and were described as being thoughtful with meditative character but slightly appealed to the mass readers.

In the latter part of his career, William Cullen Bryant moved from writing his own poems to the translation of Homer’s works. From 1871 to 1874, he took the pain to work on Iliad and The Odyssey. William Cullen Bryant later became a hymnist for the Unitarian Church and one of the principal authorities on homeopathy.

Bryant’s poetry works came under critical scrutiny and received both praise and condemnations. One of his ardent critics of his works was Thomas Holley Chivers, who sees Bryant’s only poetry work as Thanatopsis. Even with that, he criticised William Cullen Bryant stealing most of its lines from the Spanish. Edgar Allan Poe, however, differed from Chivers assessments and praised Bryant for his works especially for June and his essay The Poetic Principle. William Cullen Bryant also received praised from the likes of editor and children writer Mary Mapes Dodge, who termed his poems as far-reaching well in the world.

The New York City's Reservoir Square was renamed Bryant Park in 1884 in his honor. William Cullen Bryant is named after the Seattle neighborhood Bryant as well as other schools, facilities, and neighborhoods.