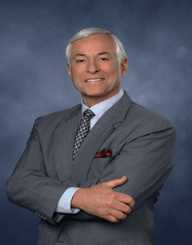 Brian Tracy is a Canadian motivational speaker, author and businessman who is best known for his many self-help books.

Brian Tracy was born on 5 January 1944 in Charlottetown, Prince Edward Island, Canada. Tracy studied at the University of Alberta, a public research university in Edmonton, Canada. Tracy worked in marketing and sales and became the chief operating officer of a two hundred and sixty-five million dollar company. Tracy continued to study and has researched in the fields of philosophy, economics, and history.

In 1984, Tracy founded Brian Tracy International in Vancouver, Canada. The company provides management advice and counseling on leadership, creativity, and strategy. The company is currently headquartered in Bankers Hill, San Diego, California. Tracy currently serves as Chief Executive Officer of the company. Tracy travels the world giving lectures on business success. He has spoken in over one hundred countries and often addresses more than a quarter of a million people a year.

The same year Tracy also published, Eat That Frog: 21 Great Ways to Stop Procrastinating and Get More Done in Less Time. Eat That Frog was less well received than The 21 Success Secrets of Self-Made Millionaires. Eat That Frog is also divided into twenty-one chapters and each one offers a technique for taking action in a particular scenario. In 2003, Tracy released, Goals: How to Get Everything You Want Faster Than You Ever Thought Possible. Goals received good reviews and deals with seven key elements of goal setting and explain twelve steps necessary for completing them. Another twenty-one chapter book, No Excuses: The Power of Self-Discipline, was published in 2010. The book offers to help readers improve their lives in three areas, personal, business and financial all with the techniques of self-discipline. Earn What You Are Really Worth: Maximize Your Income at Any Time in Any Market, was released in 2012. The book claims to be the bible for career advancement. Tracy continues to write and release books and has over seventy published in twenty-eight different languages.

In 2016 Tracy published, Personal Success. Personal Success explains to its readers how to unlock their potential and achieve their goals. As well as Brian Tracy International, Tracy is the president of three more companies which are headquartered in Solana Beach, California.

Tracy married his wife Barbara Tracy in 1979. Together the pair had four children, and they currently reside in San Diego, California.