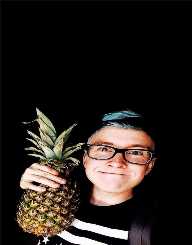 The Eh Bee family started using the Vine in 2013. They aimed to make people laugh rather than become famous. Papa Bee started the show while Mr. And Miss monkey were still very young. Papa Bee worked in marketing and web development before he ventured into social media. Mr. Monkey began his career when he was only eight years old. The family started posting goofy videos online to make people happy. Their videos are comical and humorous. Papa Bee discovered Vine and started posting his creations on the social media platform. The family is known for their catchy Kid Bopz spin which they do in some hip-hop songs. The family has worked with brands such as Disney, Pepsi, Samsung, Toyota and Johnson and Johnson among other brands in the advertisement.

Mr. Monkey is very sweet by nature. He is also cute and hilarious. He is loved by his fans because of the way that he expresses himself. His favourite book is titled ‘The Books of Elsewhere.’ He enjoys singing and playing Minecraft.