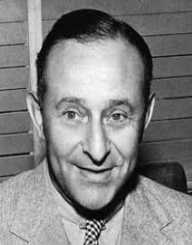 Arthur Grossman started in Chicago working as a pianist, promoting new music to potential buyers of sheet music. At some stage, during his career, he changed his name from Grossman to Freed, but it is known precisely when.

He then met the Marx brothers and began to write material for them, and he also performed with them in their act.

In 1929, Arthur Freed was hired by Metro-Goldwyn-Mayer (MGM) to write lyrics, which he did for the following decade. Freed was an associate producer for The Wizard of Oz, although he was uncredited for the work. In 1939, MGM gave him his studio, and because of his talent, MGM soon became the leading studio when it came to filming musicals.

In 1939, his first solo movie, Babes in Arms, became a huge hit, and the stars, Mickey Rooney and Judy Garland, did many more films together because of its success.

Freed and his team produced many very successful musical movies through the 1950s. He had an enormous impact on the careers of stars like Esther Williams, Gene Kelly, and Frank Sinatra, along with many more. In 1970, he left MGM.

Arthur Freed wrote scores of songs, many smash hits, including, Singin’ in the Rain, Broadway Rhythm, and Make ‘Em Laugh.

Freed was President of the Academy of Motion Pictures, Arts and Sciences, from 1963 to 1967.

Arthur Freed won two Academy Awards for Best Picture, and in 1972, he was inducted into the Songwriters Hall of Fame.

Arthur Freed married Renee Klein on April 12, 1923. He was still married at the time of his death in 1973. The couple had a daughter, Barbara.