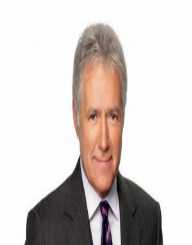 Alex Trebek is a legendary Game show host who has hosted shows like Jeopardy, Classic Concentration and To Tell the Truth. He has also worked as a newscaster for CBC.

Alex Trebek has also hosted the quiz show Reach for the Top and The Wizard of Odds.

Alex Trebek was born on July 22, 1940. His full name is George Alexander Trebek. His birthplace is Greater Sudbury, Canada, and his star sign is Cancer. His parents were George and Lucille Trebek, and his father worked as a chef.

Alex Trebek first attended a few Jesuit schools and then went to the Lisgar Collegiate Institute from where he graduated in 1957. He then joined the University of Ottawa to study Philosophy but found himself more interested in journalism.

Alex Trebek started his career as a journalist. He became a broadcaster for the CBC and impressed viewers with his calm presentation. Although it looked like a great career path for young Trebek, he had other plans, and he began hosting a Canadian Quiz show named Reach for the Top.

Finally, in 1973, Alex Trebek went to America and started hosting the game show The Wizard of Odds.The show ran for only one season, and Trebek had to look for other opportunities.

Alex Trebek became the host of the game show High Rollers. In 1978, he presented the $128, 000 question, however, the show was shut down due to poor viewership.

In 1984, Alex Trebek got the opportunity of his lifetime. He was invited to become the host of Jeopardy, and he did an amazing job at it. He continues to host this show more than 32 years after its first run.

The show gives the contestants a one of a kind experience of forming questions in response to clues provided by the host. The show has been hugely popular throughout its run and has made Trebek a name known in every household. It has also won several Daytime Emmy awards.

In the year 1991, Alex Trebek made a unique record of being the first American ever, to host three-game shows successfully at the same time. The shows were Jeopardy, Classic Concentration and To tell the Truth.

For some years, Alex Trebek has done fantastic work as a Game Show Host. He has received 5 Daytime Emmy Awards for Jeopardy – Outstanding Game Show Host. He was also granted the Royal Canadian Geographical Society’s Gold Medal in 2010.

In 2011, he won the Peabody Award. He also received the Lifetime Achievement Award in the same year from the National Academy of Television Arts & Sciences.

Alex Trebek has married twice. His first marriage was to Elaine Callie in 1974. They remained married for seven years before divorcing each other in