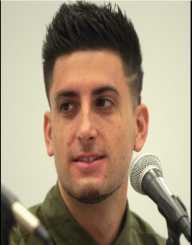 Edwin Burgos was born on February 19, 1998 in Orlando, United States of America. He is an American You Tuber. He is nineteen years old. He was raised in Orlando. He began his career by creating a YouNow account and then he later created YouTube and Instagram accounts. He is known and famous for his You Now live streams which are portrayed as enlightening. His live streams are also considered empowering. He has over three hundred thousand followers on YouNow and ninety-one thousand followers on YouTube. He has a YouTube channel known as ‘Edtertaining.’ He also loves posting vlogs that are interesting to the public.

Edwin Burgos has a growing number of fans every day because of the content that he posts online. He has been on the social media platform for the last two years and he continues to grow in skills and content each and every time. He is a source of encouragement to his fans. He seems mature than his age by the way he expresses himself in his videos. He is also filled with a sense of humor that he translates to his videos. His inspiration is his mother who feeds him with knowledge on motivational ideas and skills.

Edwin Burgos' mother goes by the name Judy Sanchez. His mother discovered his potential while he was still a young boy. Edwin moved from state to state in the United States such as Alaska and North California where he learnt how to view life in different perspectives. He started expressing himself via YouNow where he would guide his followers and advice them on all aspects of life at his age.

Edwin Burgos later met other YouNow subscribers, Rudan, Zach, Nick and Timmy with whom they came up with the group called ‘5Quad’. They became good friends and started making comical videos together. Their videos were received well by the public and their followers. They became a movement of boys that became popular worldwide. In 2016, Edwin released a video called ‘A New Chapter’ which he posted on his YouTube channel ‘Edtertaning.’ In the video he disclosed the breakup of the group ‘5Quad’. He did not state the reasons for the breakup but he was emotional about it but mentioned that they were still good friends.

However, Edwin Burgos has made a name for himself by using his YouTube channel to express himself and give motivational speeches to help people in their daily lives. He is also a good Vlogger and his Vlogs are usually well received by his fans.

Edwin though young he may be, Edwin Burgos is brilliant and mature. He is hardworking and determined to make himself great. He has started on a light note, but with the inspiration given to him by his mother, he is sure of success in the future. Edwin and his group ‘5Quad’ recorded two hit singles titled ‘Bomb Chick’ and ‘Best Night Ever’ which they released before they split up. He has not backed down from what he wants to achieve, and he works very hard for his dreams to come true. He loves making people happy and uplifting people during their low periods with his motivational videos. He is talented and skilled in touching people’s hearts with his inspirational and empowering messages.

Edwin Burgos was born and raised in Orlando. He was born to Judith and Joe Borges who have been very supportive of his career choice. He is currently dating Kylee Renee, and they Vlog together under the name ‘Kedwin.’ He aspires to become an actor in the future, and he is not backing down until he achieves his goals.