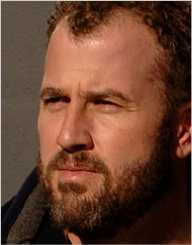 American writer James Frey was born on the 12 September 1969 in Cleveland, Ohio to Robert and Lynne Frey.

James Freyrelocated to Los Angeles in the 1990s and found work as a screenwriter. Films include Kissing a Fool (1998) and Sugar: The Fall of the West (1998).

James Frey's first book was A Million Little Pieces (2003), which sold over 5 million copies and was adapted for film. The book, a memoir,  concerned the time he had spent in rehab as a 23-year-old and was selected for the Oprah’s Book Club in 2005.  Frey subsequently appeared on the Oprah Winfrey Show in 2005.

He went on to write the bestseller My Friend Leonard (2005) which was published by Riverhead. This second book of Frey’s is a continuation of A Million Little Pieces and concerned the relationship he had with his friend Leonard. Then in 2006, The Smoking Gun released a report claiming that Frey had misled his readers and overstated his criminal record and experiences with police.

Bright Shiny Morning was published in 2008, and The Final Testament of the Holy Bible followed in 2011. James Frey has a publishing company, Full Fathom Five. He has published The Lorien Legacies and the Young Adult series Endgame under the pen name Pittacus Lore. Frey’s books have been published internationally in over 30 languages. And Katerina, his first published adult novel in ten years was released in 2018.

The Smoking Gun investigation which was prompted by James Frey's first appearance on the Oprah Winfrey Show in 2006. The initial intention of TSG team was to track down Frey’s mug shots for their website. They discovered that while there were records of juvenile arrests, Frey had exaggerated and lied about his time in prison and dealings with the police.

Frey made another appearance on the Oprah Winfrey Show in which Oprah interrogated Frey about mistruths in the book, and he apologised. He later said that he felt the producers of the show had ambushed him. Oprah for her part admitted in a subsequent interview with Frey that she had been less than compassionate towards him. Frey and Oprah today consider themselves friends with the controversy a thing of the past.

James Frey and his Maya’s newborn son Leo Siddhartha Frey died on the on 3 July 2008.