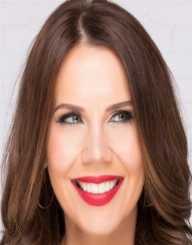 Jessii Vee was born on February 14, 1994, in Ontario, Canada. She was born to her mother Niki and father Gavi, and she has one sibling by the name Mandi. She is a Canadian You Tuber and Vlogger. She is twenty-three years old. She attended Mayfield Secondary School. She posts storytime videos on her YouTube channel. Her most popular video was titled ‘My Creepy Neighbour’ when she started her career.

Her fan base loves Jessii Vee so much that they call themselves ‘Vee Team.’ She enjoys collaborating with other YouTube stars to allow for her growth and the growth of those who she works with. She once walked on the red carpet if was held in Toronto that showcases the talents portrayed by those who make online videos. She is an accomplished graphic designer and illustrator.

Jessii Vee began her career at Tumbler in 2009 where she created her blog where she posted about food, ‘The Lord of the Rings’ and ‘Sailor Moon.’ She had more than twenty-five thousand subscribers by the end of that year. She received requests from her followers to join YouTube and she did just that. In 2014, she joined YouTube and started posting videos on her YouTube channel. Her videos went viral, and within no time she had gained one hundred and seventy five thousand subscribers. She was later featured on an article in the Brampton Guardian.

Jessii Vee started using YouTube as a casual thing, but she later began pursuing a career in social media. The number of her subscribers kept on increasing to over six hundred and ninety four thousand subscribers. She has more than one hundred million views on the videos that she posted. In 2015, she created a second YouTube channel titled ‘Vee Vlogs.’ In 2016, she went on her own ‘Embrace Your Weird Side’ tour.

Jessii Vee is a beautiful and charming lady. She is optimistic and hardworking. She loves having fun and sharing her stories with her fans. She loves telling stories of her life experiences and so her videos are considered storytime videos. The videos are also known as Vee time because she posts videos of her talking about things that have happened to her in her life. She talks about almost everything in her life from her low moments to her most exciting and better moments. She posts videos of her telling her stories that she insists are real stories and not fictitious.

Her videos also portray her humorous nature as they consist of her ranting on annoying neighbours and shoppers or chatting about the relationship she has with her family and friends. Jessii Vee claims that her videos are popular because she is real in whatever she expresses in her videos and that she does not fake anything. Her videos are very friendly as they do not contain any abusive content.

Vee was subjected to abuse when she started her career because people assumed that the videos she posted were all lies but with time she became famous bust still subject to the abuse of some fans. She was criticized for the way she made negative comments about herself among other things. She attributes and acknowledges that her videos are real stories and that her parents and friends can attest to that.

Jessii Vee was born in Ontario, Canada where her parents raised her and alongside her sister Mandi. Her family and friends usually appear in some of her videos. Her parents are so proud of her achievements even though at first they did not love the idea of social media. Vee was in a relationship with her longtime boyfriend, Kyle for five years before they broke up.