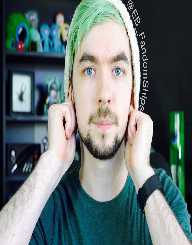 As an online gamer enthusiast, I am always on the trend when it comes to cutting-edge games both online and offline. For this reason, Sean William is like a world-changer not only to his native land but globally. He is ultimately known as a Social Media Personality, YouTube star and Game Commentator. He uses his pseudonym jacksepticeye. He is tremendously known for his comedic video games especially the Let’s Play series. Have I also mentioned that he defines himself as the last man standing or LMS? Yes, that’s right.

It was in 2013 that Sean William received positive reviews for winning on a PewDiePie competition. He and his mascot partner, Septic Eye welcomes a huge fan base around the world. It isn’t because he is a guru when it comes to playing multiple of games, but his comic style. According to sources, his YouTube account is represented as the thirty-sixth most active account. Not to mention his videos has more than 5 billion videos, all thanks to his sharing techniques. With over 3.3 million followers on his Instagram account, the sky is the limit for him. Social media is his bread and butter.

On February 7, 1990, Sean William McLoughlin was first seen in the world in Athlone, Leinster, Republic of Ireland. He has three elder siblings who are boys and two young girls. His brother called Malcolm McLoughlin serves as a promising writer. Throughout his life, Sean grew up in the countryside where he lived with his biological parents. He was first taken to Music Technology Institute where he studied music though he didn’t complete. He then joined a local college where he received his degree in Hotel Management. At his free time, Sean did what he loved best thus playing a broad range of online games.

After some time Sean William opted to share his score online where he rose as a YouTuber, He chose to use a pseudonym jacksepticeye. The moniker reprised when he had a tragic accident to the point of injuring his eye. It was there that his mother called him as jacksepticeye.

For some time, Sean teamed up with Raised to the Ground band where he worked as a drummer. Though he joined the social media channels in 2007, he rose to fame early in 2012.It was after he uploaded his first video called War Has Changed or Solid Snake Impression. Afterward, he started to act as a producer of several video games such as Let’s Play, Far Cry3 and Dark Souls. It was at this point that his online channels grew intensive with a huge fan base. One of his favorite games is called Shadow of the Colossus, Skate 3, The Sim 4, and The Escapists among others. In all, Sean loves to partner with several YouTubers including LordMinion 777, PewDiePie, Markiplier and ChaoticMonki. Robin or pixlpit acts as his editor.

With over millions of followers and subscribers on his social media account, Sean William is the real star in the making. His eccentric and freaky attitude welcomes him to the world of fame with less effort. Not to mention, he makes an excellent communicator. He likes to read as well as to comment on his fan’s negative or positive views. He loves to inspire his age mates to follow their dreams and aspirations. Sean currently lives in Westmeath, Ireland.

Sources say that Sean William doesn’t seem to believe in the existence of God. But he isn’t in a position to judge those who trust in Him. He currently lives with his girlfriends called Signe Hansen or Wiishu who is also a YouTube Personality.