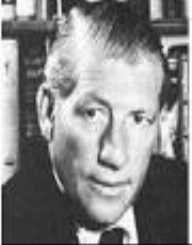 Howard Dietz was born on September 8, 1896, in New York City, United States. He was an American songwriter, librettist, and motion-picture executive. He wrote about five hundred songs including ‘That’s Entertainment!’ and ‘You and the Night and the Music.’ He was also behind the MGM masterpiece roaring lion Mascot. In 1971, he was inducted into the Songwriter’s Hall of Fame. He died on July 30, 1983, in New York City at the age of eighty six.

Howard Dietz was born on September 8, 1896, in New York City. He went to Columbia College as a teen and later joined Columbia University to study journalism. After graduating from Columbia University in 1917, he got a job at Philip Goodman Advertising Agency as a director of advertising. His primary role was to design a trademark for Goldwyn Pictures. He used Colombia’s lion known as Mascot as a basis to create the Goldwyn studio’s roaring lion trademark. This masterpiece was used by Goldwyn Studios at the beginning of their every film.

In 1924, Goldwyn joined two studios and became Metro-Goldwyn-Mayer (MGM) corporations. He also came up with a Latin motto which would accompany the lion titled ‘Ars Gratias Artis’ (‘Art for Art’s Sake). He was appointed as the MGM Vice President in 1942 and retained the position until 1957 when he retired.

He was also enlisted in the United States Navy during the First World War and worked as an editor of the ‘Navy Life’ magazine. He also served at the United States Treasury Department as publicity agent and promoting War Bonds. He also partnered with composer Vernon Duke in establishing stage shows for the Coast Guard.

Howard Dietz first married Elizabeth Bigelow Hall in 1917. They bought a house in Greenwich Village from Charles Merill in 1930 which was later sold out to advertising executive James Platt Wilkerson. The couple divorced in 1936 leading Dietz to marry his second wife Tanis Guinness Montagu on January 25, 1937. They had one daughter and after fourteen years in marriage divorced in 1951. In late 1951, he married his third and last wife, Lucinda Ballard. He died of Parkinson’s disease on July 30, 1983, in New York City.