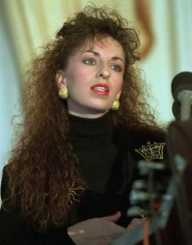 Paula Jones became a household name in the media industry from the early 1990s when she claimed American’s then-president Bill Clinton has allegedly sexually harassed her. Her claim was first initially dismissed at the court but resurfaced after Clinton's opponents appealed on her behalf.

Paula Jones was born on September 17, 1966, as Paula Rosalee Corbin in Loke, Arkansas. Jones' father worked at the Church of the Nazarene, and she grew up practicing that religion as well.

Paula Jones worked as a civil servant at the State of Arkansas before she became a known figure by the local media. It was during her service there that she became tied to Clinton's name. At the time, Clinton served as the governor of Arkansas when Jones alleged that he harassed her. As per Jones' account, she claimed that she was escorted to a room at the Excelsior at Little Rock, Arkansas on May 8, 1991, by State Troopers.

The lawsuit, Trial, and Conclusion

On May 6, 1994, Paula Jones filed an official sexual harassment lawsuit three years after the alleged incident. Her reason for keeping her silence on the matter is for fear that the public will not believe her account. It was not until one of the writers for the local magazine The American Spectator, David Brock, published her account did she come forward in regards to the matter.

She won the support of Clinton's opponents in politics, but her initial filing was thrown out by Susan Webber Wright, US District Court judge who's presiding over the case. Her case was dismissed for the reason the case dismissal was her failure to exhibit proof of damages caused by the emotional stress from the incident.

However, the trial reopened at the involvement of Monica Lewinsky, a White House intern. Jones' lawyers subpoenaed Lewinsky in 1997, and an appeal was made by Paula Jones, and the case was finally settled in 1998 with $850,000 settlement. Jones only received $200,000 out of the total amount since the remaining amount went to the professional fees and legal expenses from her lawsuit.

Paula Jones was initially married, but due to her lawsuit and media involvement, her marriage fell apart. With a growing stack of bills to pay and two sons to sustain, she posed for Penthouse magazine's December 2000 issue accommodated with a story entitled The Perils of Paula Jones.

After the lawsuit, she became somewhat of a media personality and even bragged about a nose job which was paid for by an individual supporter.

She is also a known supporter of President Donald J. Trump and expressed her support as he ran for the 2016 US Presidential Elections.