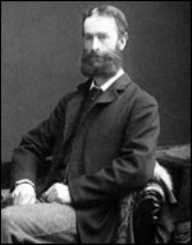 C.P. Scott AKA Charles Prestwich Scott was born on October 26th, in 1846. He is famous for being a British journalist who was once the editor for the highly acclaimed newspaper “The Guardian.” Aside from this, he was also active in politics and that he participated in the general elections racing for the most coveted seat. During his political career, he vied for office under the Liberals party.

Charles Prestwich Scott was born on October 26th, in 1846. His place of birth was in Bath, Northeast Somerset in England. He was the eighth born child of Russell Scott and his wife. His father was the proud owner of the Manchester Guardian newspaper which is now referred to as The Guardian. Scott went for his early education at Hove House which was located in Brighton. Later on, he also enrolled at the Clapham Grammar School. Years later he attended the Corpus Christi College in Oxford.

After completing his college education, Charles Prestwich Scott shifted to Edinburg. Here, he ventured into journalism and trained with The Scotsman newspaper. He only worked here for a short period before learning of the fact that the Manchester Guardian required an editor. His cousin named John Taylor offered him this job. Scott was happy to work in the family business considering the fact that his uncle, John Edward Taylor was the founder of the newspaper. By the time Scott was born, his father had taken over the ownership of the business.

After trying his luck as a newspaper editor, Charles Prestwich Scott entered politics in 1886. During this time, he stood as one of the candidates in the general elections under one of the Liberal parties. He was at the Manchester North East constituency, but he was unsuccessful in his attempt to run for office. Believing in himself, Scott contested for the same position in 1891 and 1892. However, after three years, he got elected to serve as Leigh’s MP.

His new position meant that he would spend more time in London. While serving as the MP, Charles Prestwich Scott continued to work as the editor of the paper that commanded specific Liberal actions. During the elections carried out in 1900, Scott was re-elected back to his office. In 1906, he retired from office since he was torn in between being an MP and managing The Guardian newspaper.

The Manchester Guardian -The Guardian

Charles Prestwich Scott took over as the owner of the Manchester Guardian after paying £240, 000. He received financial support from his sisters and Taylor’s widow.

In 1874, Charles Prestwich Scott tied the knot with Rachael Scott. Together, they had four siblings namely Madeline, Prestwich, Russell and Edward Taylor.

Charles Prestwich Scott died on January 1st, 1932. He was 85 years old at the time of his death.