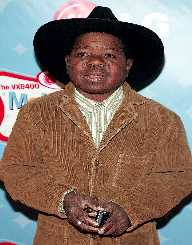 Gray Coleman was a small American actor and reality television star, famously known for his role in the sitcom's series, ‘Diff’rent Strokes.' He made appearances in other films including, ‘Right on Track’ in 1981 and ‘The Kid with the Broken Halo’ in 1982. He died at the age of 42 after suffering an intracranial hemorrhage.

Gary Coleman is an adopted son of parents W.G Coleman and Edmonia Sue, born on February 8, 1968, in Zion Illinois, Chicago. His father served as a forklift operator, while his mother as a nurse practitioner.

During his childhood, he suffered a chronic kidney disease that limited his growth and retained his face with a natural appearance in his adulthood. In years 1973-1984, he underwent two unsuccessful kidney transplants that required him to be on constant dialysis.

His career started in 1974 when he appeared in a commercial advertisement for Harris Bank followed by an episode of ‘Medical Center.' Later on, he appeared as Raymond George, Jefferson’s nephew, in the television show, ‘The Jefferson’s’ and played as Penny’s friend, Gray, in the series ‘Good Times.'

In 1977, Gary performed Stymie in the film, ‘The Little Rascals’ and earned the first rating in the VH1 list of ‘100 Greatest Child Stars ‘on television. From 1978-1986, he performed as Arnold Jackson in the series, ‘Diff’rent Strokes’ in which he portrayed a black son adopted by a widower in Manhattan. His character became the most-known in the series increasing his earn per episode.

Coleman also appeared in a television film, ‘The Kid from Left Field’ where he played the character of Jackie Robinson in 1979. In 1980, he played the character of Joey Seymour in the film, Scout’s Honor’ followed by his role as Lester in the movie, ‘On the Right Track.’ His fame opened doors to various television films including, ‘On the Right Track’ and ‘The Kid with the Broken Halo’ which he starred in both and started ‘The Gary Coleman Show’ in 1982. During the same period, he played and as Jimmy in the film, ‘Jimmy the Kid.’

Notably, Coleman made video game appearances including 1997, ‘The Curse of Monkey Island’ and ‘Postal 2’ in 2003. During the same period, he vied for a governor position in the 2003 California recall election and gathered 14,242 votes emerging the 8th place out of 135 candidates. The 2004 show titled, ‘Avenue' depicts a fictionalized character of Coleman that won a Tony Award Musical in 2004. He played ‘chasing the Edge’ in a short film of himself including his role as the devil in ‘Save Virgil.’

Later in 2005, he appeared on John Cana’s music video, ‘Bad, Bad Man’ from the album ‘You Can’t See Me,' and played as Charles Higgins in the film, ‘Church Ball.’ Coleman made an appearance in the last film ‘Midgets vs. Mascots’ as Gary in 2009, followed by an appearance in the Season 5, episode 9: ‘No Country for Old Dogs’ in the television show, ‘Robot Chicken’ in 2010.

In 1993, Gary attempted suicide twice by overdosing on pills due to a depression he developed after discovering that his parents had misproportioned $3.8 million of his trust fund which he earned for his role on ‘Diff’rent Strokes.’ He won $1,280,000 judgment after presenting the case. Coleman filed a bankruptcy protection in August 1999. However, due to his chronic illness, his medical expenses resulted in his financial problems and fundraising activities.

In 2007, he met Shannon Price while he was working on the film, ‘Church Ball’ and married her several months later. On May 2, 2008, the couple produced a show, ‘Divorce Court’ in their attempt to save their marriage. However, the divorced in August with Coleman seeking an ex parte to prevent Price from living in his house when he was hospitalized. The couple continued to live together in a common-law marriage, presenting themselves publicly as husband and wife until his death

Coleman underwent a heart surgery in January 2010 after he suffered a seizure and was hospitalized in Los Angeles. He died after suffering epidural hematoma at the age of 42, on May 27. However, his funeral was postponed due to a dispute over his estates, between his adoptive parents, former wife Price and his former business associate. In June 2010, his remains were cremated according to his wish.