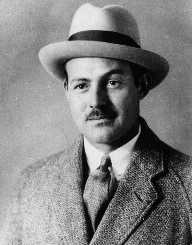 Ambrose Gwinnett Bierce was born on June 24, 1842. He was known for his journalism and writing skills. One of his good works was The Devil's Dictionary. He also mentored young editors like Herman George Scheffauer. He had unique skills in writing, which involved the theme of war and rough beginnings. In 1913, he disappeared after traveling to see the Mexican Revolution while it happened and was not seen again.

Ambrose Gwinnett Bierce was born on June 24, 1842, in Meigs County, Ohio. His father and mother were Marcus Aurelius Bierce and Laura Sherwood Bierce respectively. He had 12 siblings, and he was the tenth born. Although he was from a poor background, his parents were literate, and they ensured he had some love for writing and reading that made him love books. Bierce grew up in Kosciusko County, Indiana. At the age of 15, he moved out of his home to work.

Ambrose worked at an Ohio newspaper called the printer's devil as an apprentice. In 1861, Bierce got involved in the campaign of Operations in West Virginia when he joined the military. He became the first lieutenant in 1862 and made replicas of the battlefield in map form. In the same year, he participated in the Battle of Shiloh that he wrote memoirs in What I Saw of Shiloh. He got a severe head injury in 1864 and was relieved of his duties in 1865. In 1866, he resumed his military work.

Ambrose Gwinnett Bierce resigned from the military and took up journalism in San Francisco. After moving to England in 1872, Bierce took forward his career, as a contributing writer for magazines like Figaro in London. In 1873, his first book, The Friend’s Delight, was published by John Camden Hotten in London. He also published the Nuggets and Dust Panned Out in California in 1872. In 1874, his other book, Cobwebs from an Empty Skull, was published.

After returning to California, Ambrose Gwinnett Bierce contributed to the The San Francisco News Letter and The California among other newspapers and periodicals. He moved in the Dakota Territory from 1879 for a year. He took a job as a local manager in a mining company owned in New York but left after the project failed. He has become the editor for The Wasp from for four years since 1881. He then became a distinguished writer on the West Coast after some other editorials and columnist works.

Bierce’s short stories were compiled in the 1891 Tales of Soldiers and Civilians. In 1893, he also had a compilation in Can Such Things Be. The short story compilations were also published in the 1899 Fantastic Fables and the 1909 Collected Works. He was a whistleblower on the ‘First Transcontinental Railroad’ congress conspiracy in pardoning the $130 million loan pardon on Central and Union Pacific companies. He was a satirist in The Devil’s Dictionary that talked about human nature.

In 1891, Ambrose Gwinnett Bierce wrote Chickamauga, the Boarded Window, and An Occurrence at Owl Creek Bridge, which had the theme of war and were rated among the best works in America.

Ambrose Gwinnett Bierce married Mary Ellen "Mollie" Day on 1871, and they were blessed with three children, two sons, and one daughter. In 1988, the couple separated majorly because Bierce came across letters that were sent to his wife from an admirer.

In 1904, Bierce divorced Mary, who died a year later. One of his sons died from being rejected romantically. In 1901, Leigh, his other son died of pneumonia. In October 1913, Ambrose Gwinnett Bierce started touring battlefields but disappeared. Silent films were made from his major works in 1929.