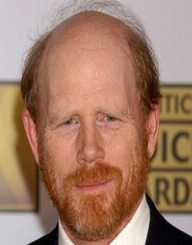 Ron Howard is an American producer, director and actor born in March 1st, 1954. He featured in The Andy Griffith Show as Opie, the son of Andy Griffith. Similarly, he also played a role in Happy Days as Richie Cunningham. The talented film maker was presented with Academy Award for Best Picture. This was for his film A Beautiful Mind received released in 2011. Furthermore, the film also earned him the Academy Award for Best Director.

Among other films he directed include: How the Grinch Stole Christmas and Apollo 13. He also worked with the Arrested Development comedy series as executive producer.

Ron Howard was born in March 1st, 1954. His place of birth is in Duncan, Oklahoma in the United States. He is the elder son of Rance Howard and Jean Howard. Rance is also an actor, writer and director of films. However, at the time of his son’s birth, he was with the United States Air Force. Jean on the other hand is an actress. The family moved in 1958 to Hollywood. Later, Howard’s little brother Clint Howard was born.

As a young lad, Ron Howard received lessons at Desilu Studios. He later attended John Burroughs High School, a public school from where he graduated. Subsequently, he was admitted to the School of Cinematic Arts of the University of Southern California. However, he dropped his studies at the university before he graduated.

Ron Howard marked the beginning of his acting career when he was only eighteen months old. This was in 1956 with the movie Frontier Woman. His stage debut was with his role in The Seven Year Itch. He was 2 years old at the time. Ever since, the young actor and star was eyed by many movie producers and directors for his great talent. As a result, h appeared in a number of Television Shows and acted The Journey in 1959.

The following year, he was cast in The Andy Griffith Show as Opie the son of Andy Griffith.  The show concluded later in 1968. This role earned him huge fame in the US. In 1962, he also featured in The Music Man. Subsequently, he acted a role in The Courtship of Eddie's Father in 1963.

In 1971, Ron Howard starred opposite Henry Fonda in The Smith Family. Later in 1973, he featured in American Graffiti. Subsequently, in 1976, he acted The Shootist and also Eat My Dust. The following year, he featured in Grand Theft Auto.

In 1981, Ron Howard became acquainted with producer Brian Grazer. Together they directed and produced the dark comedy Night Shift in 1982. Two years later, the two producers once again teamed up for the popular romantic comedy Splash. He won the Academy Award-winning Cocoon in 1985 for his efforts as a director.

Later in 2008, Ron Howard was an Oscar Award nominee for Best Director through his work Frost/Nixon. The following year he directed the sequel Angels & Demons. In 2011 he directed The Dilemma followed by In the Heart of the Sea, which premiered in 2015.

In June 1975, Ron Howard tied the knot with Cheryl Howard, a writer. She was his high school sweetheart. The couple are blessed with three daughters including actress Bryce Dallas Howard. She is the first born child followed by twins (Paige Howard and Jocelyn Carlyle). Their last born child is son Reed Cross.