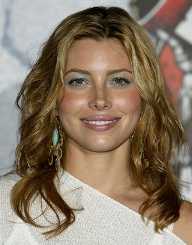 Jessica Biel was born on March 3rd, 1982. Her birthplace was in Ely, Minnesota, United States. She is a celebrated American actress. In addition to acting, she also began modeling when she was still young. While she was always a teenager, she became famous for featuring in 7th Heaven. Her modeling career also made her famous after appearing on Gear magazine with sexy postures. Her film career has been diverse as she starred in comic, sci-fi thrillers and action movies.

Jessica Claire Timberlake was born in 1982 in Ely, Minnesota. She is the daughter of Jonathan Biel and Kimberly. Her father is an entrepreneur as well as a business consultant. Kimberly, on the other hand, is a spiritual healer. Jessica has a younger brother named Justin. When Jessica was still young, their family shifted to some states. This left her living in up to 6 different American countries during her childhood.

While still at her youthful stage, she began going for dance classes. Along with this, Jessica also worked on her voice by going for voice coaching classes. Later on, she started her modeling career in 1994. This was after entering into a contract with one of the talent agencies in Denver.

During this period, Jessica Biel attended one of the conventions that would win her a scholarship, International Modeling & Talent Association. The award given to her gave her the opportunity of showcasing her talents at the Young Actor’s Space. This was in Chicago. She spent three years going to acting classes with the help of the scholarship she had earned.

With time, her acting adeptness landed her a spot in 7th Heaven in 1996. This was a new family drama that would go on to be successful. She played Mary Camden in this TV series. This gained her exposure, and she became famous as a result.

In 1997, Jessica Biel was featured in the movie Ulee's Gold. Here she was playing the role of Peter Fonda’s granddaughter. After this, Biel managed to land other essential film roles in the coming years. In 1998, for example, she was a co-starring in I'll Be Home for Christmas.

In 1999, she was recognized by the People magazine as being among the “50 Most Beautiful People.” In addition to this, her sexy image was further given a boost with Gear magazine depicting her sexy figure. This happened in 2000 when the magazine portrayed a picture of her wearing close to nothing.

There are some recent roles that Jessica Biel has featured in. After her first year in college, Biel was back to Los Angeles seeking for a career path in feature films. In 2001, she starred in Summer Catch alongside Freddie Prinze.

The movie was a success as it generated over 19 million dollars for box office. After a year, Jessica went on to play a supporting role in Rules of Attraction. This was followed closely by her role in the horror remake of the movie Texas Chainsaw Massacre (2003).This film went on to become a box office hit.

Jessica Biel also featured in action films. She had a significant role in Blade; Trinity released in 2004. In this movie, she acted alongside Wesley Snipes, who was the starring. In 2005, Biel, Josh Lucas, and Jamie Foxx played in a military action movie Stealth. Unfortunately, this film was regarded as a box office disappointment. Shortly after, Biel tried to revive her image in London which was a drama movie released in 2005. This movie did not perform well.

Things changed for the better in 2006 after landing a role in the 2006 Illusionist. Her dramatic prowess was brought to light, thanks to the movie. The next year she acted in the comedy I Now Pronounce You Chuck & Larry. She played the role of a lawyer in this film.

In 2007, Jessica Biel dated Justin Timberlake, a renowned singer, and an actor. The two broke off their relationship in 2011. It did not take long before they were back together. They got married on 19th, October in 2012.