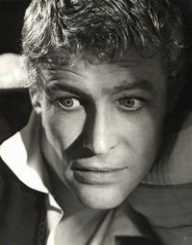 Peter Seamus O'Toole was born on August 2nd, 1932. He was both a British and Irish descent. He rose to fame for being a phenomenal actor both on stage and in the film industry. He went to Royal Academy of Dramatic Art which marked his beginning involvement in theatrical works. His early recognition was that he was an excellent Shakespeare actor. He later made his first film appearance in 1959.

His career turning point came after featuring in Lawrence of Arabia as T. E. Lawrence. His portrayal in the film garnered him an Academy Award named as one of the best male actors. Throughout his acting career, he received other seven nominations for the academy award. After that, he earned himself 4 Golden Globe awards and other notable awards under his name.

Peter Seamus O'Toole was born on August 2nd, in 1932. His place of birth was in Connemara in Ireland. During his tender years, he was mainly brought up in Leeds, England. His father’s name was Patrick Joseph and that he had initially played football in his career. His father worked professionally as a racecourse bookmarker. Constance Jane Eliot, Peter’s mother, worked as a nurse.

For about eight years, Peter went to school at St. Joseph Secondary School. He did not complete his studies and went on to work with the Yorkshire Evening Post as an apprentice journalist.

Peter O'Toole worked in his journalism career for a short period before finally quitting. Soon, he joined the Royal Navy where he offered his national services. After this, he went to Royal Academy of Dramatic Art. This was from 1952, and he completed his art education in 1954. Some of his classmates during this period included Alan Bates and Albert Finney.

Peter O'Toole's career soon took off at first on theatre with appearances on stage for Bristol Old Vic and was mainly renowned as a Shakespeare actor. It did not take time before he made his first on-screen appearance in 1954. Two years later, he made his debut film while playing a small role in the movie The Day They Robbed the Bank of England.

After that, Peter's first breakthrough came after his portrayal in Lawrence of Arabia – 1962, when he was playing the lead role of T. E. Lawrence. Surprisingly, his former classmate, Albert Finney had rejected to play this lead role in the film. At the time, the Premiere magazine listed him as their number one on their list of 100 greatest performances to ever exist.

Peter O'Toole had become a household name to most American audiences. His role in the film also earned him an Academy Award nominations for best actor. Later in 2003, the American Film Institute classified the role of T. E. Lawrence as 10th greatest heroes in the history of cinema.

Peter Seamus O'Toole's successful career in the film industry earned him several awards including 8 nominations for the academy award’s best actor. With the high number of nominations, Peter is the record holder for the individual that has the highest number of nominations without ever winning any. He has however been awarded as Best British Actor for his remarkable role in Lawrence of Arabia. This was a BFATA award that he took home in 1963.

Peter O'Toole has also been bestowed with a Golden Globe award for four times in films including Becket -1964, The Lion in Winter-1969 and Goodbye, Mr. Chips -1969. In addition to these awards, he also added one Primetime Emmy Award to his portfolio. In 2002, the Academy Awards committee recognized his contributions to the film industry by honoring him with an Academy Honorary Award.

In 1959, Peter O'Toole got married to Siân Phillips. Together, they were blessed with two daughters. Nevertheless, in 1979, they went separate ways after divorcing each other. He later dated Karen Brown, a model, whom they had one child together.

Peter Seamus O'Toole passed away at the age of 81 following a long battle with illness. He died on December 14th, 2013.